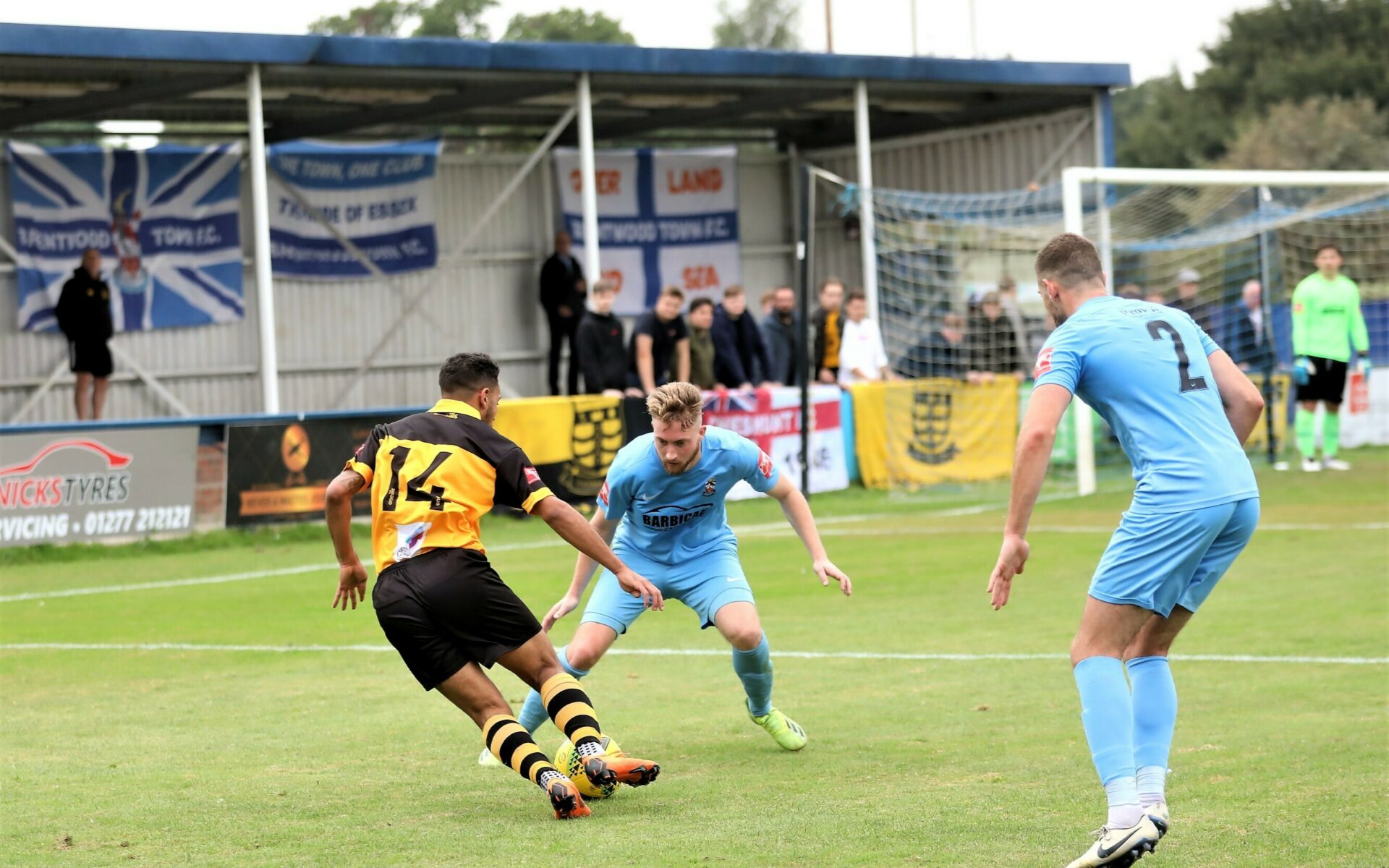 For much of this match Brentwood looked capable of causing an upset against Isthmian Premier Cheshunt, but the visitors eased their way into the next round of the FA Cup with two second half goals in the space of five minutes by Joe Re and Mo Camara.

Ken Charles missed a good chance for the visitors in the early stages, clearing the bar from close range, and Brentwood’s Connor Hogan headed against his own team’s crossbar as he tried to clear. At the other end Blues skipper Tom Richardson hit the outside of a post with a header from George Craddock’s free kick.

Home keeper Ollie Bowles saved well from Ashley Nzala at the start of the second half and Matt Cripps headed over the Cheshunt bar from a free kick.

In the 72nd minute Re converted from Zack Newton’s assist and five minutes later Camara coolly finished to make it 2-0.