Two more for Tom as Blues go into play-off place 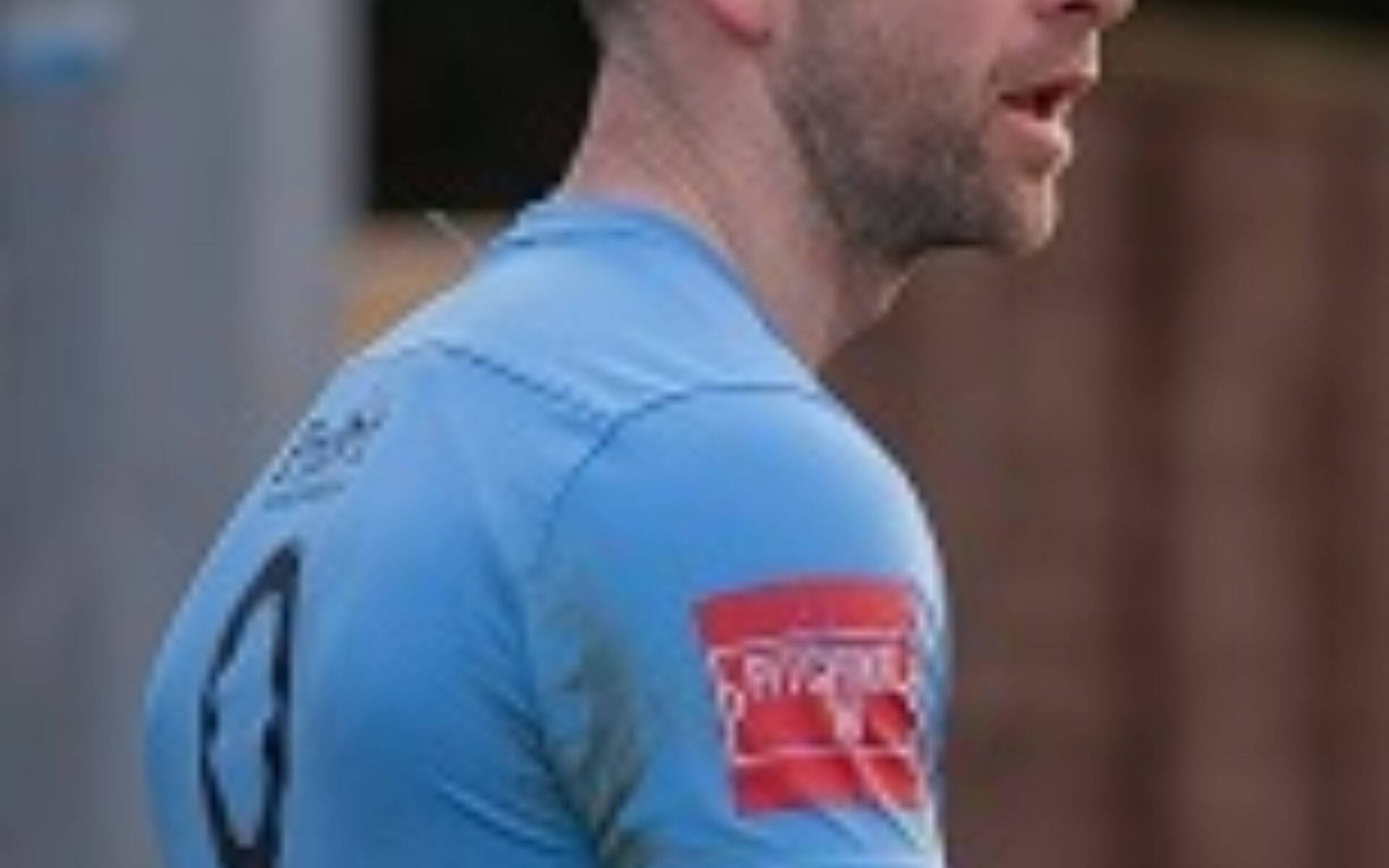 Tom Richardson hit two more goals to bring his season tally to 26 as Blues moved into the play-off places with this win in tricky conditions at Basildon.

The match was delayed fifteen minutes due to the absence of the match referee who was marooned in a massive traffic delay meaning a replacement assistant referee had to be recruited. But when the game got underway it was Brentwood who settled quickly, and two early goals put them on the way to a comfortable win although they then had to survive a determined second half comeback by the Bees.

Rob Harvey opened the scoring in the thirteenth minute, converting from close range after Ashley Nzala had headed James Love’s cross back across goal. Tom Richardson then made it 2-0 five minutes later after the home defence had failed to clear a Harvey cross. Jai Reason, Matt Cripps and Richardson all had chances to increase the lead before half time.

Basildon started the second half strongly with Declan Nche shooting over and Nathan Fuma having a goal disallowed for an offside. Substitute Fahad Nyanja could only hit the side-netting after he got behind the Blues defence, before Joe Wright scored in the 77th minute and it looked as though it could be an awkward last few minutes for Brentwood.

However, the visitors restored their two-goal lead almost immediately through Richardson who produced a brilliant piece of skill to chip the ball over home keeper Emmanuel Olajide from the edge of the area.