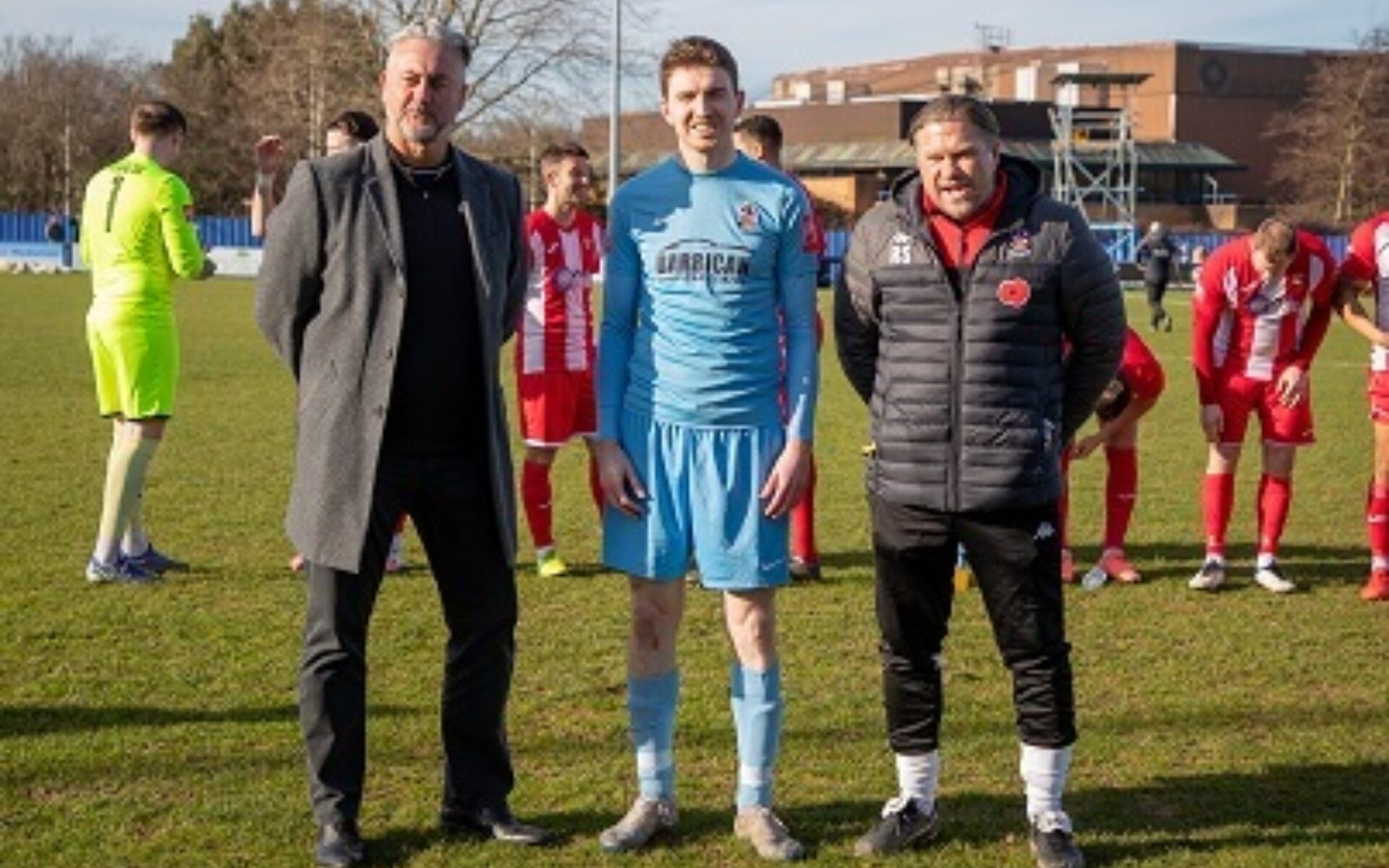 Brentwood Town’s long-serving player Andy Freeman passed 200 appearances for the Club earlier this season. Andy made his 209th appearance in Saturday’s home match with Felixstowe and he is seen pictured with Chairman Jez Dickinson and 1st team manager Rod Stringer who presented him with a commemorative trophy.

In the seven seasons in which he has played in the Brentwood first team Andy has also scored a total of 44 goals. He came through the Brentwood Town youth system and made his first team debut at the age of 18 on the 8th of December 2014 in a Robert Dyas (Isthmian League Cup) match away to Billericay Town. His first goal for the Club came in the last minute of the match against Burnham Ramblers on 28th March 2015, a fine finish to clinch a 4-2 win for Brentwood.

Andy established himself in the 1st team by the end of that season, playing in the team that won promotion to the Isthmian Premier Division via the play-offs, and winning the player of the year award in the following 2015/16 season.

Andy clearly had the ability to play at a higher level and in 2018 he had the chance to move to National South club Concord Rangers who were managed by former Blues boss Adam Flanagan. Always a great favourite with the fans, Andy was given a great send-off by the supporters in the clubhouse after his last match with Brentwood. After Flanagan left Concord at the end of that season, Andy spent 2018/19 with Aveley FC before returning to the Brentwood Arena for the start of the 2019/20 season.

Since then, Andy has continued to perform at a consistently high level for Brentwood Town. While his natural position is as an attacking left-side midfielder, Andy’s all-round ability means that he can perform in a variety of positions, and he always looks comfortable wherever he is asked to play.

Brentwood Town Manager Rod Stringer said of Andy: “What a great achievement to reach 200 appearances for the Club. Andy is a fantastic guy and a pleasure to work with.”