The original Brentwood FC dates back to the 19th century!

The club saw some success in those early days, reaching the quarter-finals of the FA Cup in 1886 where they were beaten 3-1 by Blackburn Rovers,

In the 1950s and 1960s the club operated as Brentwood & Warley FC and were three times winners of the Delphian League. In 1965 the club turned ‘professional’ becoming Brentwood Town FC.

The late 60s saw great success for the club as they rapidly rose to the heights of non-league football. Brentwood Town became a force to be reckoned with in the Southern League Premier Division, reaching the third round proper of the FA Cup in the 1969/70 season. But following their successful run the club subsequently folded and amalgamated with Chelmsford City.

The current club was founded in 1954 as Manor Athletic playing from King George’s Playing Fields in Hartswood. From 1957 to 1993 the Club played at Larkins Playing Fields on the Ongar Road.
With help from the local council, Brentwood found a new home at The Brentwood Centre, where they played their first match in October 1993. In 2004 the Essex County FA officially gave the club permission to change its name and re-adopt the title of Brentwood Town FC. 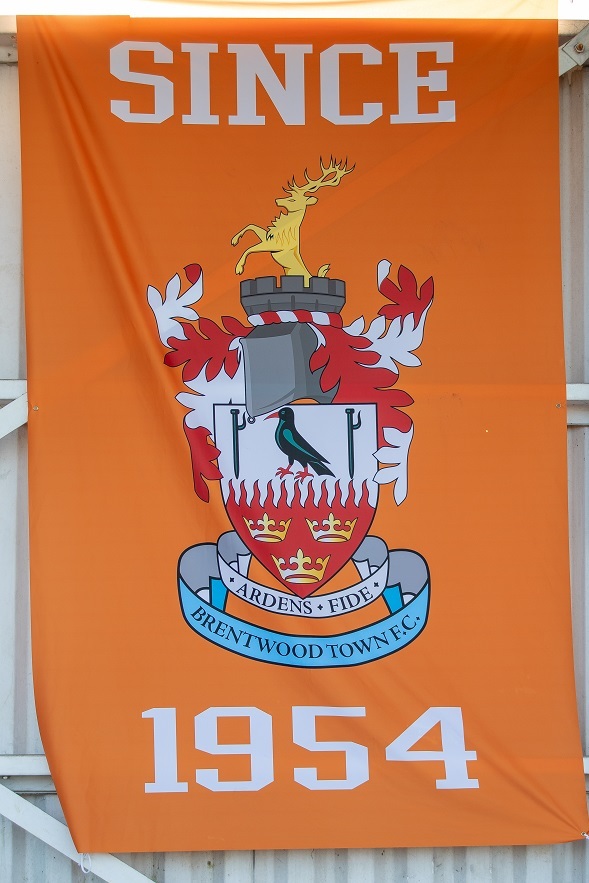 Brentwood FC won the Essex Senior League title for the first time in the 2000/01 season and reached the final of the league cup in the 2005/06 season, losing 2-0 to Hornchurch.

Under the management of Steve Witherspoon and Amin Levitt the 2006/07 was the most successful in the club's history as they won the Essex Senior League championship title and both league cup competitions to complete a treble. That also meant promotion to the Isthmian League North Division. In the 2007/08 season, the team performed well in the FA Cup and FA Trophy, and closely missed out on a play-off place, finishing sixth in the league.

The 2014/15 season saw more impressive victories, thanks to 10 players who had progressed through the youth pathway, leading the team to the Ryman North play-offs and achieving promotion to the Isthmian Premier League for the first time. This was the highest league status ever reached by the current Brentwood Town club and was obtained thanks to the skilled guidance of Adam Flanagan, the 2014/15 Manager. Adam subsequently moved on to manage Concord and Dartford in the National League South.

The biggest name in football to have played for the club has to be the great Jimmy Greaves! Jimmy signed for Brentwood in December 1975, aged 34. You could be sure that whenever Jimmy was part of the team, you could add hundreds of additional spectators to the normal gate numbers.

Thanks to the guidance and investment from the current Chairman, Jez Dickinson, the club was awarded a Charter Standard recognition from the FA in 2020 this marked the start of what the club expects to be an exciting journey progressing up the football pyramid.

With Rod Stringer taking over as manager in October 2021, the aim is to take Brentwood Town FC to play at the level the club deserves, we’re sure that the 2021/22 season will be the most exciting yet! 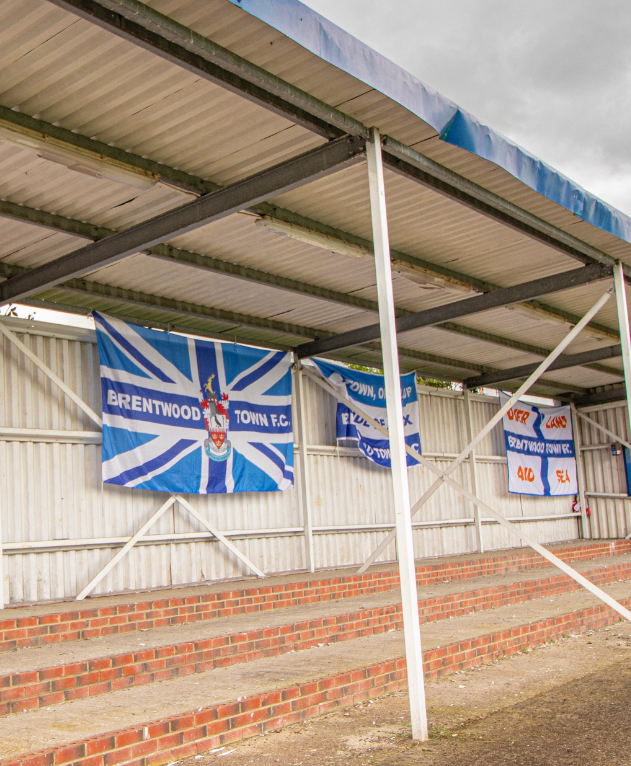