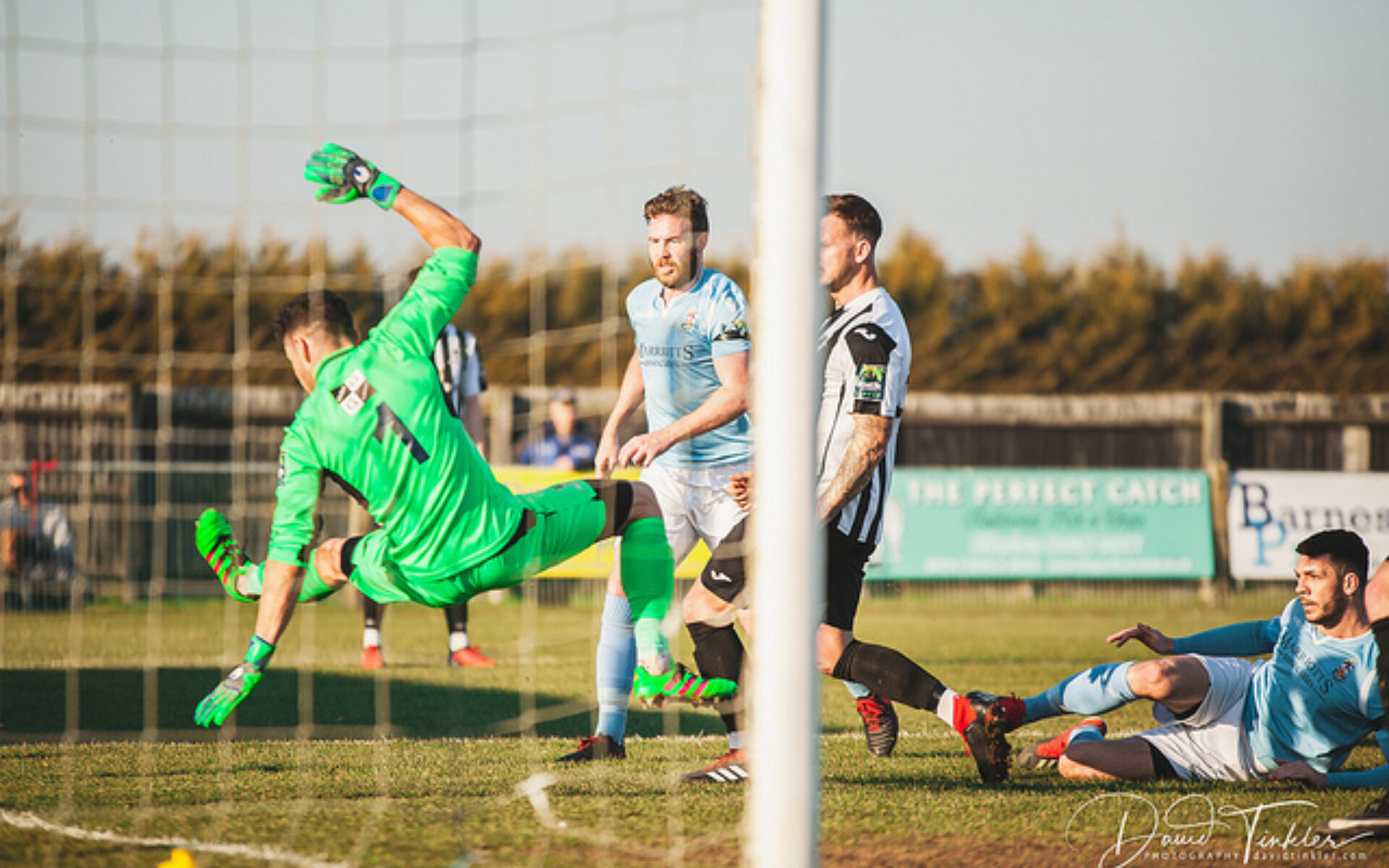 Despite starting the game just below Brentwood in the table, Dereham went into the match on a run of four successive league wins in which they had scored 18 goals, and they threatened the visitors’ goal twice in the first fifteen minutes. First, Joe Gatting headed just wide from David Hinton’s cross, then Blues goalkeeper Rob Budd turned away a cross-cum-shot from Adam Hipperson.

Brentwood were enjoying some good possession and Alfie Hilton went close in the eighteenth minute, shooting just wide following a right-wing corner. From another corner, Martin put Blues ahead in the 28th minute, scoring from close range in a crowded six-yard box.

Mitchel Hunter created a good chance for Hughes early in the second half, but he could not convert on this occasion, but Hughes then scored a fine individual goal to make it 2-0 in the 63rd minute, holding off a challenge before firing past Elliott Pride in the Dereham goal.
Within three minutes, Dereham had reduced the arrears through Sam Borrer, who converted from Ryan Crisp’s cross from the left wing.

Brentwood defended well and Budd saved from Gatting’s header in the 73rd minute and the Blues keeper made an excellent save from another Gatting header five minutes before the end.