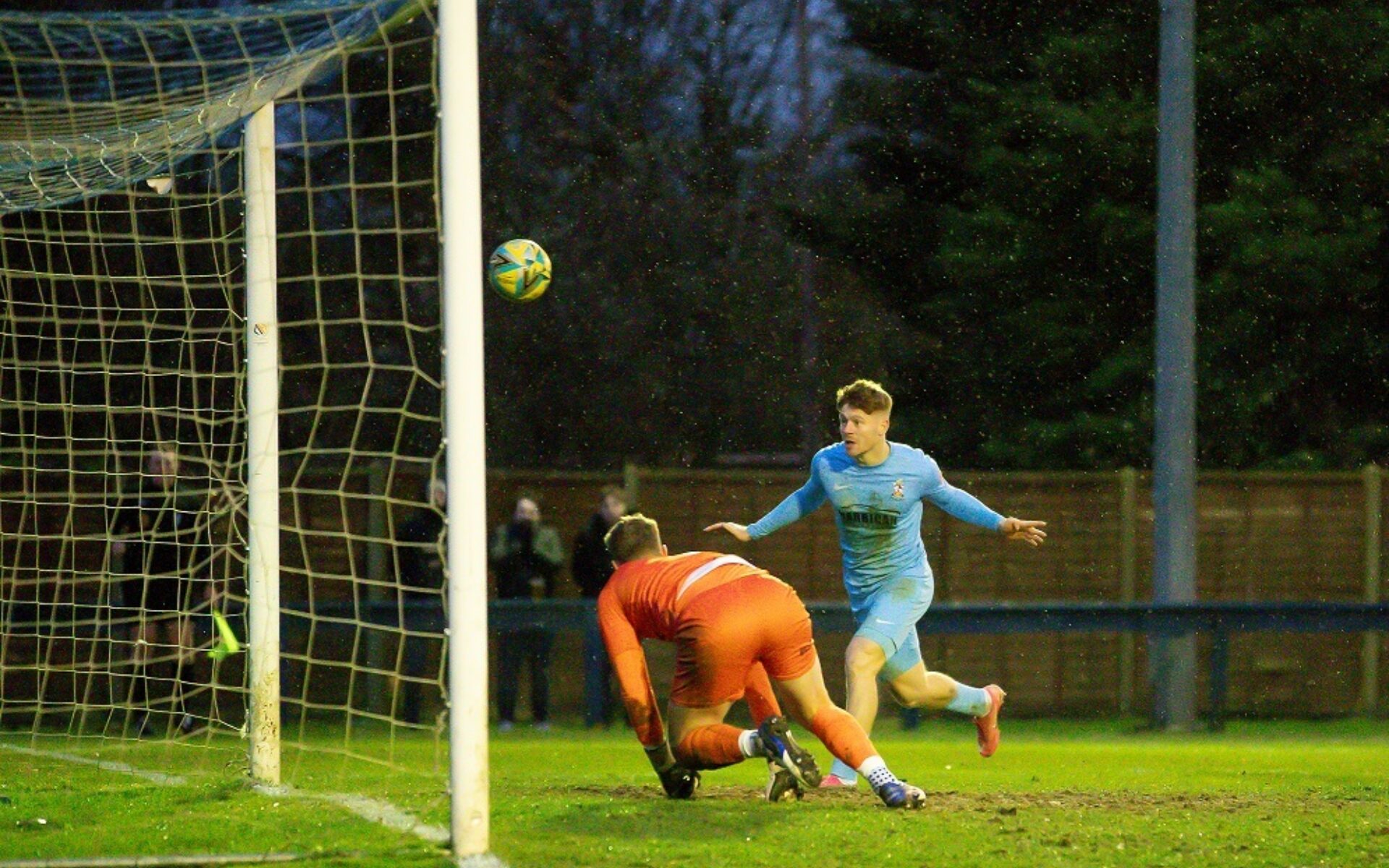 Blues FA Trophy run ended on Saturday after an enthralling match at the Brentwood Arena saw the visitors score a late winner six minutes from time.

Dulwich had looked comfortable at half time after taking a 13th minute lead but needed Tyrone Sterling’s 84th minute goal to send them into the next round after Brentwood staged a spirited second half comeback.

The Blues had the first shot on target through Andy Freeman in the sixth minute, but the visitors kept the ball well in the blustery conditions and it was centre forward Danny Mills who headed them in front.

Although Hamlet looked in control, Brentwood were a threat from set pieces with the left foot of George Craddock delivering some dangerous balls into the box.

Just five minutes into the second half the Blues were level following Freeman’s swirling cross from the left wing into the six-yard box. Dulwich goalkeeper Charlie Grainger did well to push the ball away but only as far as Rob Harvey who headed into an empty goal.

The momentum was now with the home side, and they looked the more likely team to score with Harvey shooting wide from a good position and the visitors twice surviving desperate goalmouth scrambles.

Dulwich finished stronger, forcing some corners and following one of these defender Sterling was on hand to poke the ball into the corner of the goal in the 84th minute to restore their lead.

Brentwood manager Rod Stringer said: “We were outstanding today despite a slow start when we conceded a goal that we should have dealt with. It was impressive the way we came back in the second half, and we could have won, having the best opportunities, but we maybe had some tired legs towards the end and paid the price. I was proud of the players, and despite the final score it was still a good day for the club with everyone playing their part”.