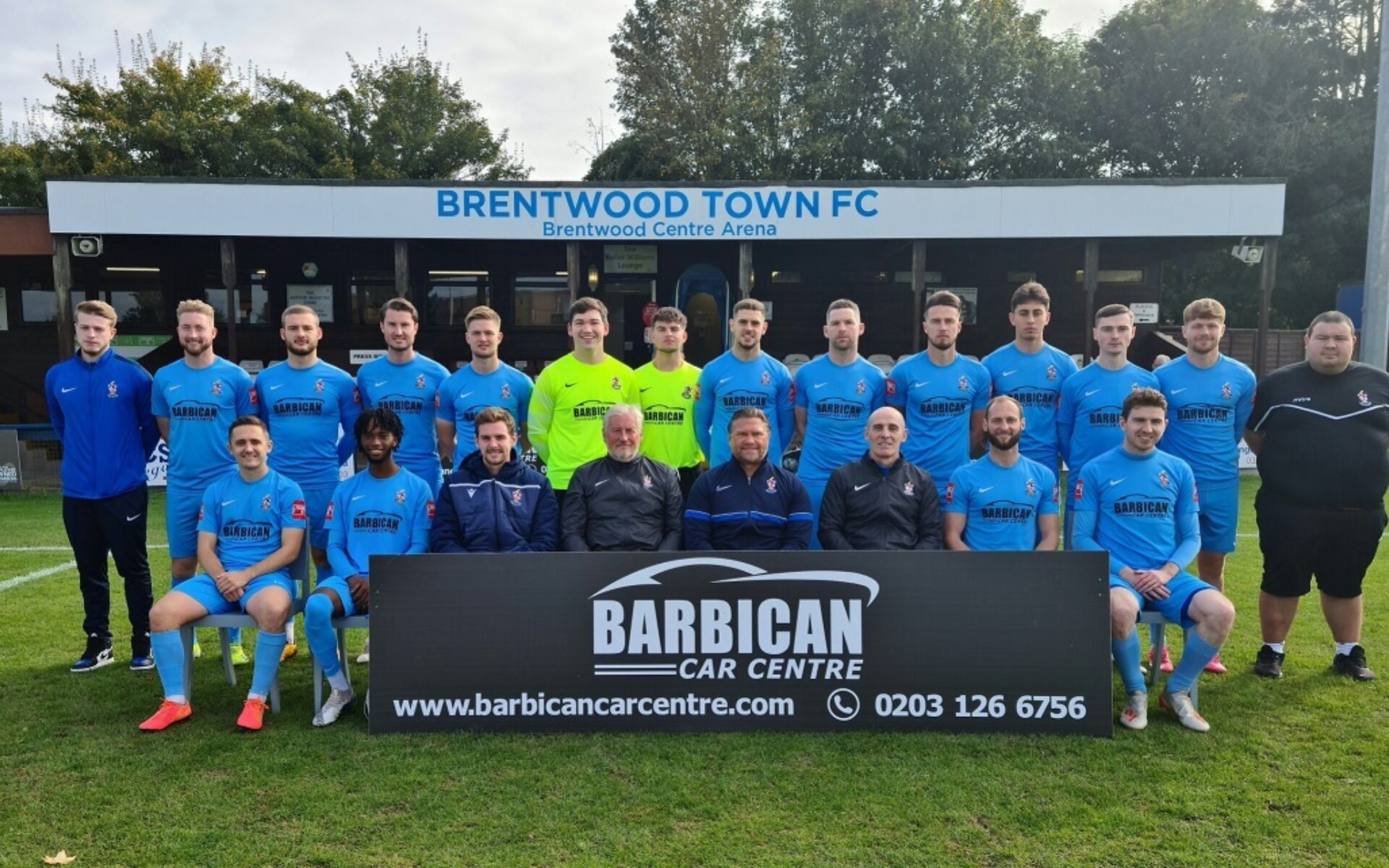 Brentwood recorded their third successive league win with Freddie Gard coming off the bench for his Brentwood debut and scoring what turned out to be the winning goal in the 75th minute. Gard scored with a well-placed shot from the edge of the area to put Blues 3-1 ahead, but they had an anxious wait for the final whistle when Samuel Jeremiah scored a second goal for the visitors in stoppage time.

The three points moved Brentwood into fifth position in the Isthmian North table, which is the first of the play-off positions.

A couple of early chances went to the visitors with Valter Da Rocha cutting in from the left and shooting over the bar and Paul Shave went close with a header from a corner.

Following a surging run down the right wing by Rob Harvey, Basildon goalkeeper Tommy Dixon-Hodge saved well from Andy Freeman’s header, but almost immediately centre back Jack Humphrey put Brentwood ahead with his first goal for the club in the 28th minute, poking home from close range following Freeman’s cross from the left.

Blues held the lead until two minutes into the second half when Luke Hirst equalised for the Bees, but the lead was soon restored through Harvey in the 51st minute, an emphatic finish after Tom Richardson’s pass put him through on goal.

Valter Da Rocha headed wide for Basildon from Ben Brookes’ cross, and Richardson went close with a header from Freeman’s cross at the other end. Brookes cleared off the line for Basildon and Richardson was denied by a fine covering tackle by Joe Wicks before Gard was on hand to score Blues vital third goal.

After Jeremiah’s late goal, Richardson had another chance deep in stoppage time from Craddock’s pass but Dixon-Hodge’s save thwarted the striker.