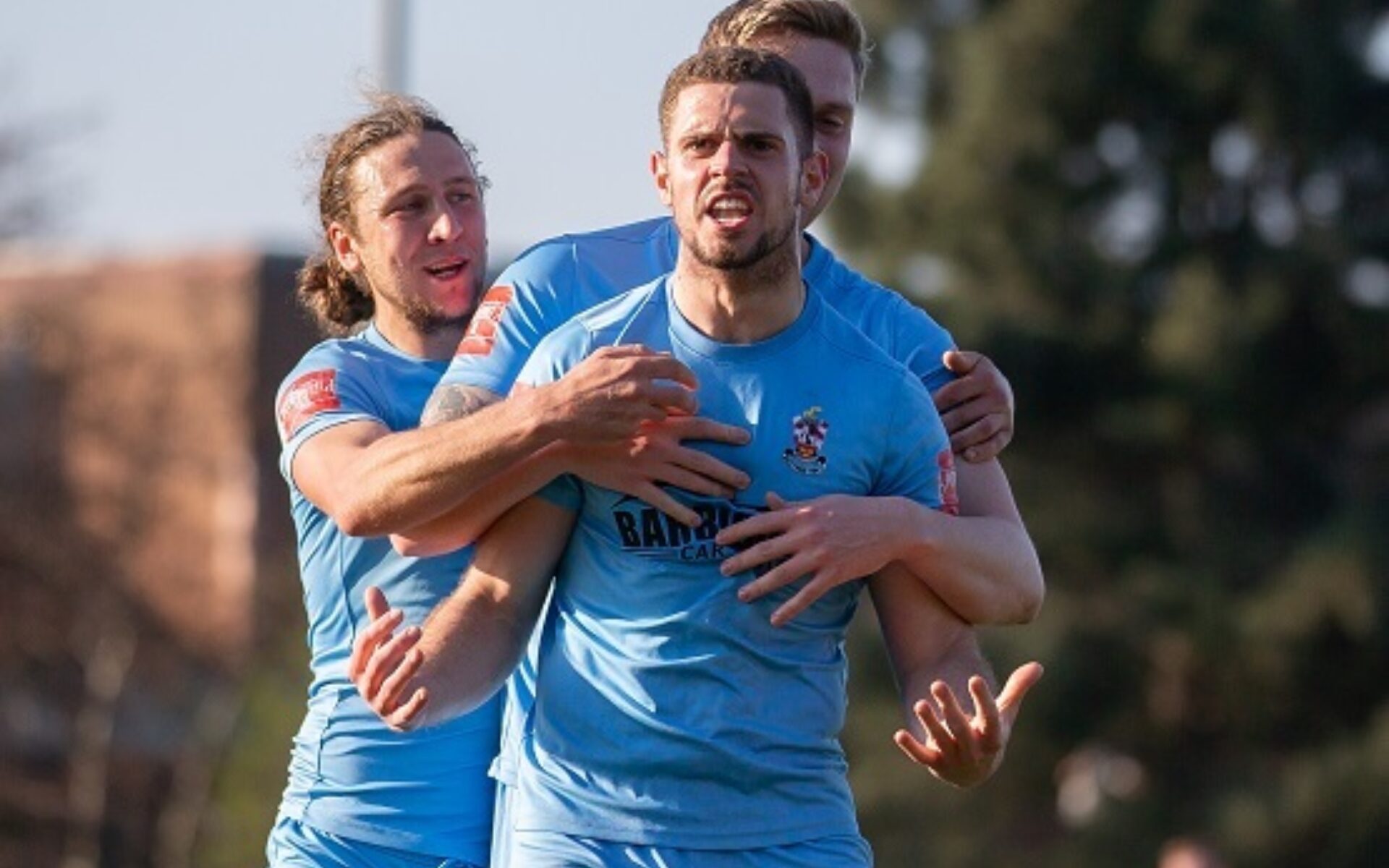 Two-nil down at half time, Brentwood hit back with three second half goals in twelve minutes to maintain their place in the play-off positions.

The home team enjoyed more possession in the first half but were caught on the break with Ramiah Mills finishing clinically in the 26th minute. Connor Hogan had a good chance for Blues in the 45th minute but there was still time for Josh Usude to make it 2-0 before half time with another good finish in off the far post.