Blues so near but miss out on penalties 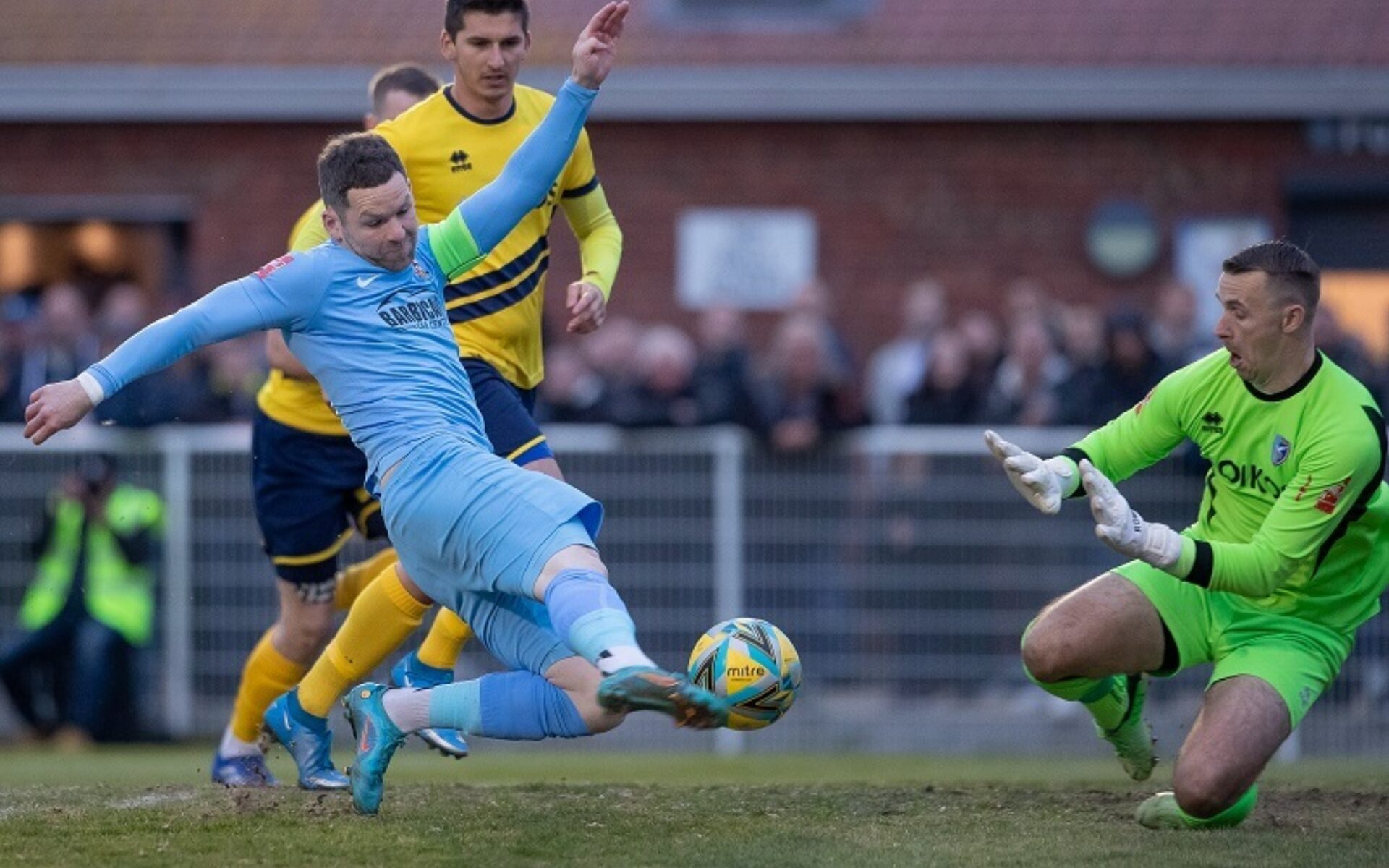 After a desperately close match, Brentwood’s promotion chances were finally ended in a penalty shootout at Park Lane on Friday night.

In front of a crowd of over 2500, Blues took an early lead through top scorer tom Richardson who netted from close range in just the fourth minute for his 37th goal of the season.

Ashley Nzala had a great chance to make it 2-0 in the tenth minute when he seized on a weak back pass, but his attempted lob lacked the height to beat Gulls goalkeeper Bobby Mason.

Blues had a let-off in the fifteenth minute when keeper Harry Girling’s clearance hit Canvey forward Matt Price and the ball ricocheted just past the post.

It was Price who equalised in the 38th minute heading in at the far post from Evans Kouassi’s cross and Price had another chance before half time when he got behind the visiting defence but shot wide.

There were less chances in the second half. Rob Harvey’s fierce shot in the 74th minute was saved by Mason and Blues had a good spell before the end of the 90 minutes, forcing several corners.

No goals in extra time meant it came down to penalties and Brentwood were behind early after missing their first two kicks.