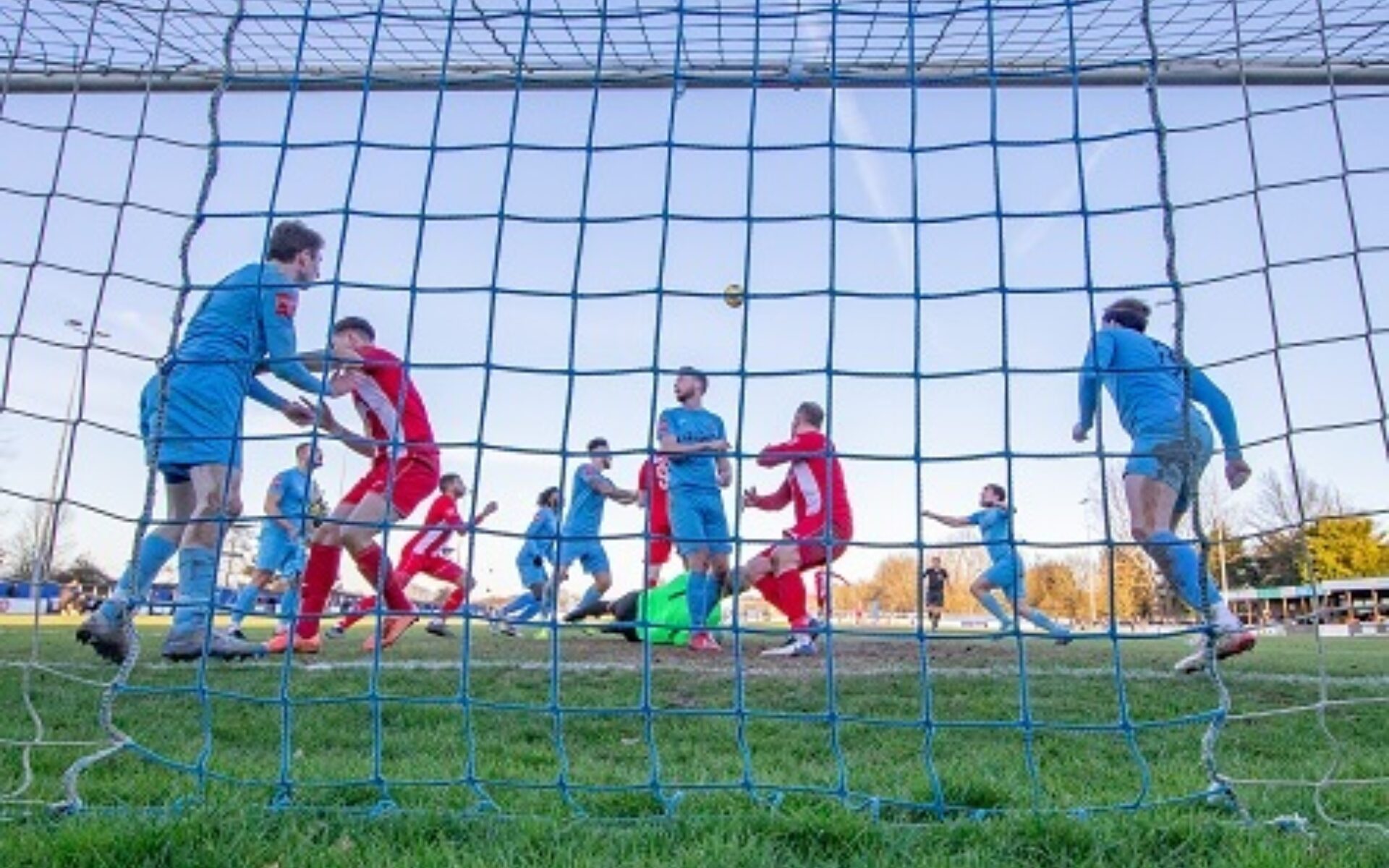 A 25th minute goal by the visitors’ Colchester United loanee Andre Hasanally proved decisive as Felixstowe boosted their own play-off chances at the expense of fifth-placed Brentwood.

The afternoon started with a pre-match presentation to long-serving Andy Freeman who recently passed 200 appearances for Brentwood Town, but Brentwood had had a setback before kick-off when leading scorer and captain Tom Richardson failed a late fitness test.

There was a Blues debut in goal for Harry Girling, a midweek signing from Tilbury, and it looked as though he would be tested as early as the third minute when Hasanally set up Jordan Matthews who shot over the bar from a good position.

Blues also went close in the 14th minute when Felixstowe had to defend desperately in their six-yard box with the ball eventually cleared.

After Hasanally found the bottom corner to put Felixstowe ahead, Brentwood had a chance to equalise from the penalty spot straight after the restart when Andy Freeman was fouled in the area, but Rob Harvey’s kick was saved by Callum Robinson in the Seasiders goal.

Oliver Canfer for Felixstowe had two chances before the break as did Harvey who shot into the side-netting after half an hour and then forced a save from Robinson just before half time.

Although Blues had the better of the second half, they could not find a way past Robinson who saved from Ashley Nzala in the 48th minute and the keeper then kept out a George Craddock shot four minutes from time.