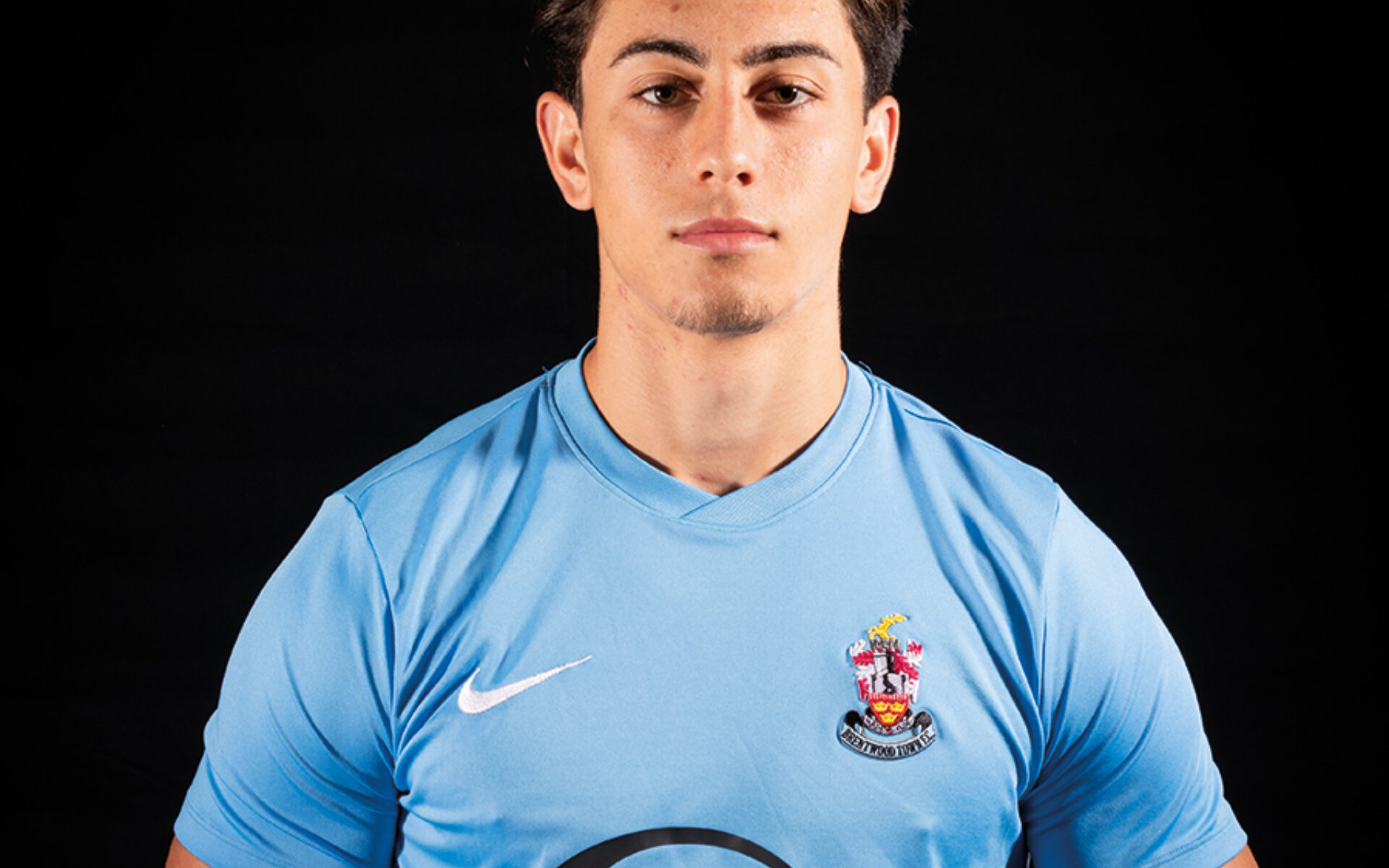 In his first match in charge of Brentwood Town, Rod Stringer saw his team take the points with two second half goals.

The Visitors’ Ollie Bowles was the busier goalkeeper in the first half, but Matt Cripps nearly put Brentwood in front in the 16th minute when his close-range effort following a corner was deflected wide.

In the second half, Bowles saved well from Harry Critchley before Jack Dickinson (picture above) broke the deadlock in the 62nd minute, finding the bottom corner to put the Blues in front.

The pace of Rob Harvey caused the home defence problems and when he was fouled by Jayden Gipson, it gave Brentwood skipper Tom Richardson the opportunity to make it 2-0 from the penalty spot in the 79th minute.