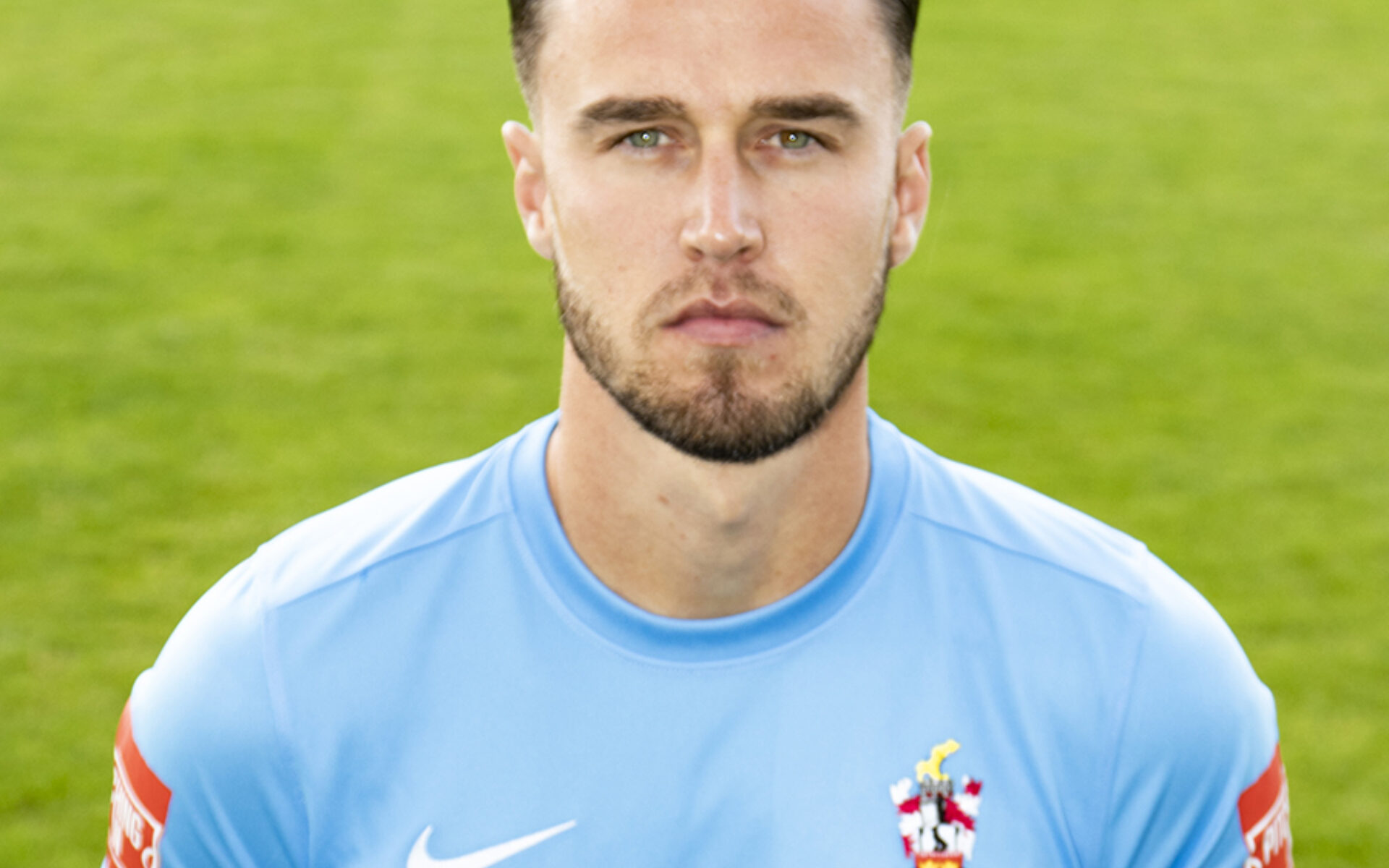 The visiting Magpies forced some corners early in the first half, but the Blues took a 23rd minute lead. Tom Richardson got his head to Andy Freeman’s cross, and the ball was half-cleared to Jack Dickinson whose shot fell back to Richardson who poked the ball in from close range.

It was 2-0 on the half hour mark when a drive from George Craddock (pictured) was deflected giving Elliot Pride in the Dereham goal no chance.

Blues keeper Ollie Bowles was busy soon after saving at close range from Dion Frary, and he also kept out Jerry Dassolu’s effort four minutes before half time.

After the half time whistle blew, there was a skirmish between players from both side as the teams left the field resulting in four yellow cards, two for each team.

There were fewer chances in the second half with the home side generally controlling the game and looking the more likely team to score. Pride twice denied Rob Harvey, and substitute Daniel Ogunleye, with Dereham finishing the match with ten men after Shaun Bammant’s second yellow card in the 85th minute.