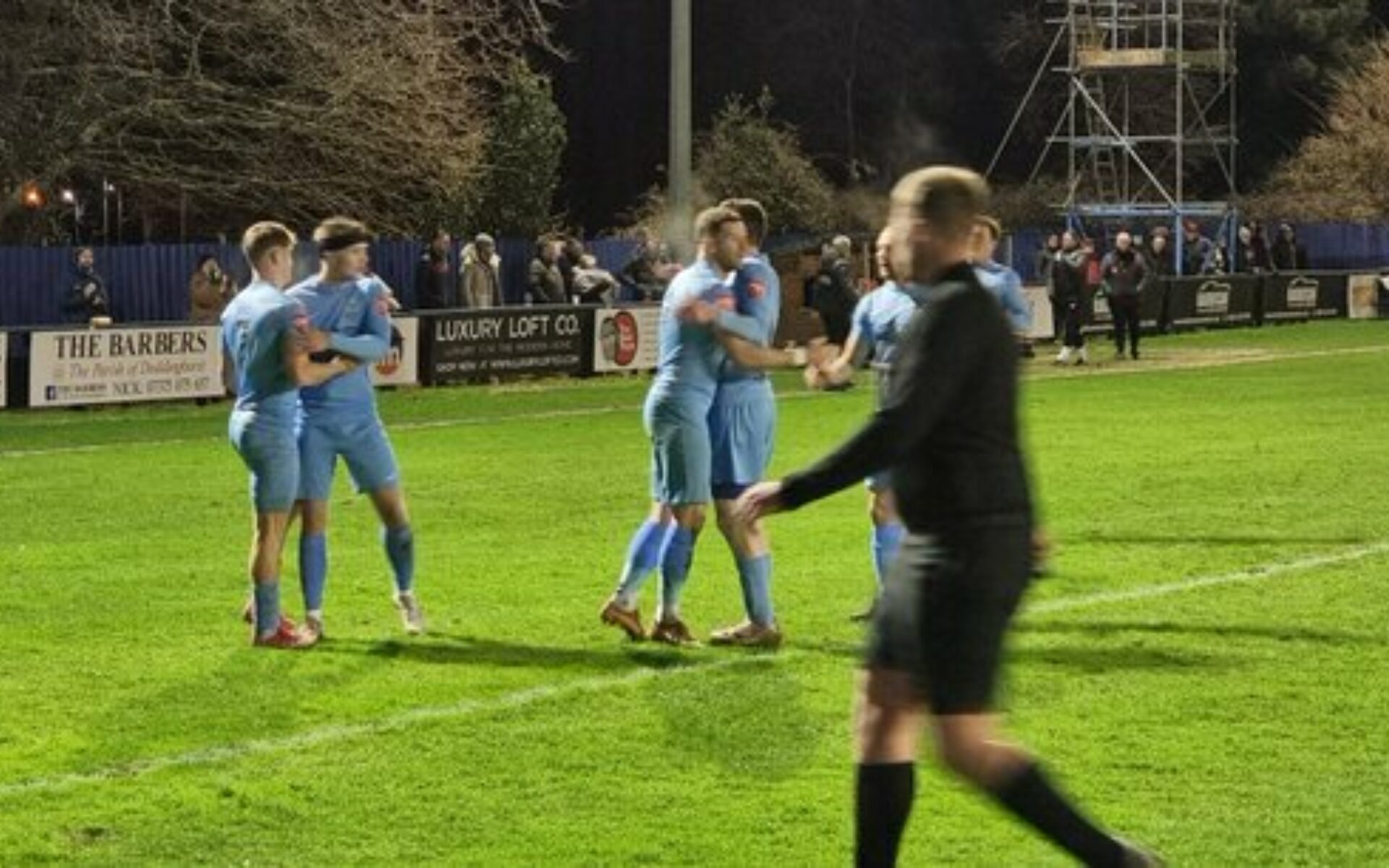 Tom Richardson hit two more goals to bring his season’s tally to twenty as Brentwood moved into the play-off positions with another win in this hastily rearranged Friday night match. The original fixture was an away match at Hullbridge on Saturday but with their pitch unlikely to be fit the fixture was reversed and played at the Brentwood Arena on Friday to avoid the heavy rain that was forecast for Saturday.

Most of the action came in the first half with Tom Richardson finding the bottom corner in the sixteenth minute to put the Blues Ahead. Hullbridge kept Brentwood’s debutant goalkeeper Carlos Simeon busy at times, but the visitors’ defence was caught out again in the 26th minute when Andy Freeman won the ball and put Richardson through to round keeper Lewis Greene and slam home for his 20th goal of the season.

However, Hullbridge still looked a threat and Joe Gregory had a good chance to reduce the arrears in the 34th minute but shot wide of goal. And the visitors were back in the game when former Brentwood midfielder Albert Levett scored from close range following a corner in the 43rd minute.

Brentwood were relieved to restore the two-goal cushion on the stroke of half time when skipper Matt Cripps head home off the inside of a post from George Craddock’s free kick.

The second half saw less action with Brentwood generally controlling the game and they could have increased their lead through Rob Harvey, whose shot was well saved by Greene, and Freeman.

Brentwood have now taken 28 points from their last eleven league fixtures but dropped one place to sixth following Saturday’s results although they have three games in hand on fifth-placed Grays Athletic.