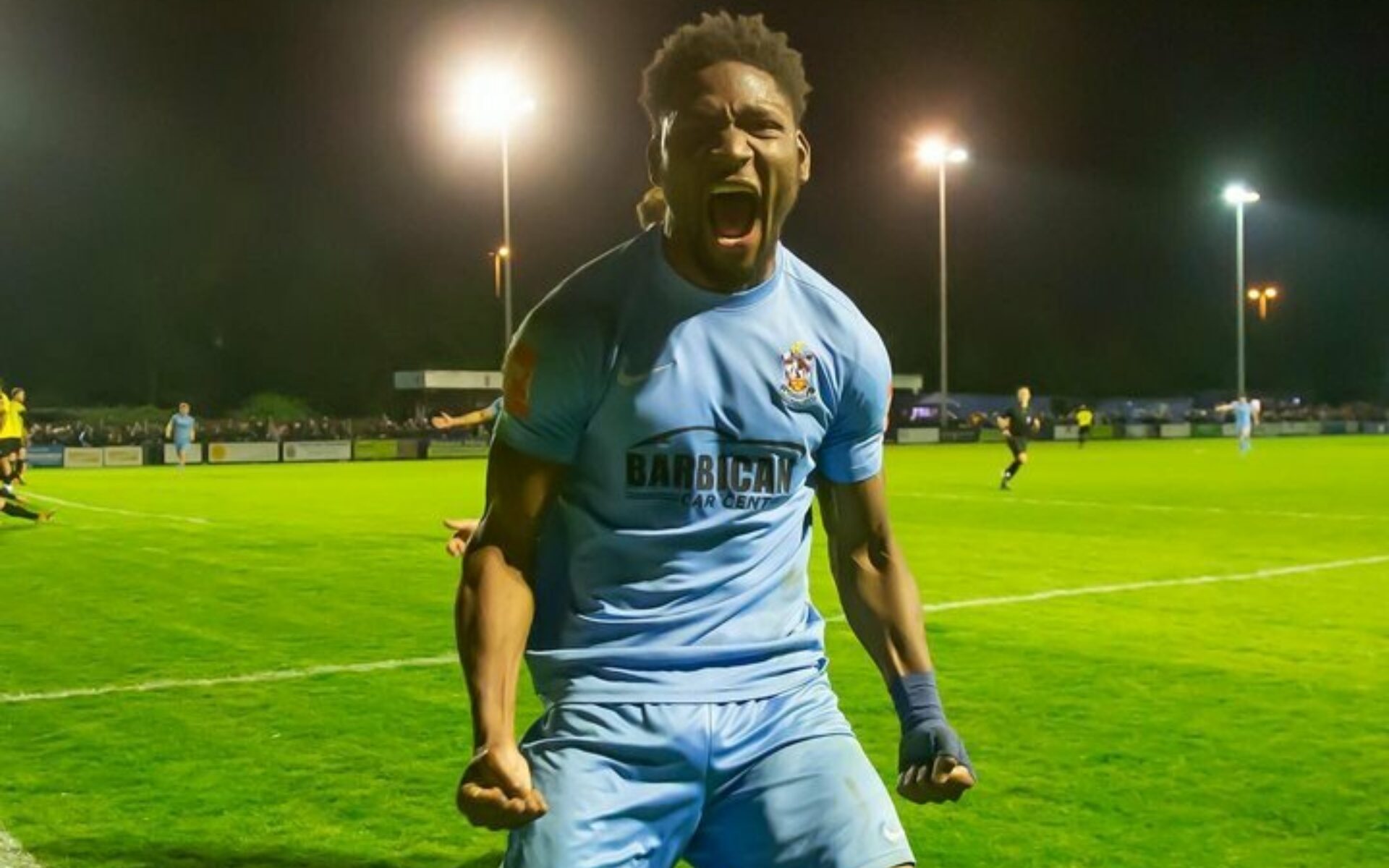 An injury time winner from Ashley Nzala saw Brentwood earn a place in Friday’s play-off final when they will visit Canvey Island to try and win promotion to the Isthmian Premier Division.

The league’s top scorer Tom Richardson had put Blues ahead in the 22nd minute but it was a dramatic last few minutes with Craig Parker equalising for Stowmarket in the 86th minute before Nzala headed home at the far post from Rob Harvey’s cross in the third minute of stoppage time.

After Parker had a good chance for the visitors in the seventh minute, shooting wide of the post, the opening goal was instigated by Nzala with a run and cross from the left wing which resulted in both sides competing for the ball until Richardson found space to drill into the bottom corner for his 37th goal of the season.

Before half time Josh Mayhew shot wide from a good position for Stow who looked the better team as the second half progressed although Jai Reason’s fierce drive from the edge of the penalty area was well saved by Stowmarket keeper James Bradbrook.

Willie Clemens shot over the Brentwood crossbar in the 70th minute but Stowmarket were rewarded when Parker finished clinically into the corner four minutes from time.

It looked like extra time, before Nzala grabbed that late winner. Harvey’s long throw into the penalty area was cleared only as far as Harvey whose deep cross was met by Nzala.