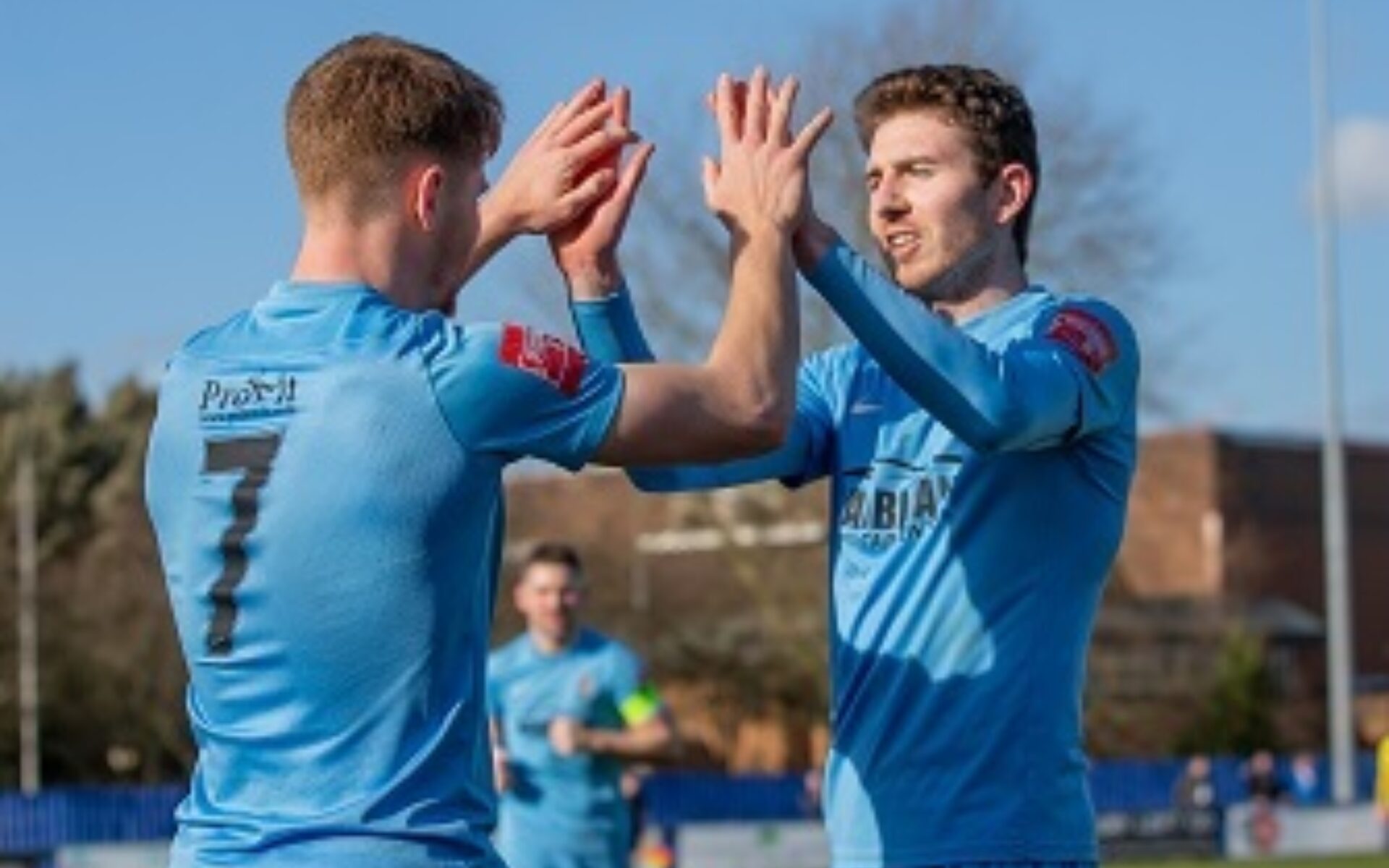 Rob Harvey’s early goal won the points for Brentwood in a closely fought encounter, as result that maintained Blues spot in the play-off places.

The home side nearly went ahead in the sixth minute when Jai Reason’s pass put Andy Freeman in on goal, but his shot hit the crossbar.

Five minutes later Harvey put Brentwood ahead with a precise finish into the corner past Barking goalkeeper Finley Thackway.

After Brentwood had dominated the early stages, the visitors created some chances with Ryan Richefond, who was transferred from Brentwood to Barking on Friday, forcing a good save from home keeper Harry Girling. Girling saved well again from Barney Williams before half time but there were few chances in the second half with neither keeper seriously tested.