Second half goals secure the points for Blues 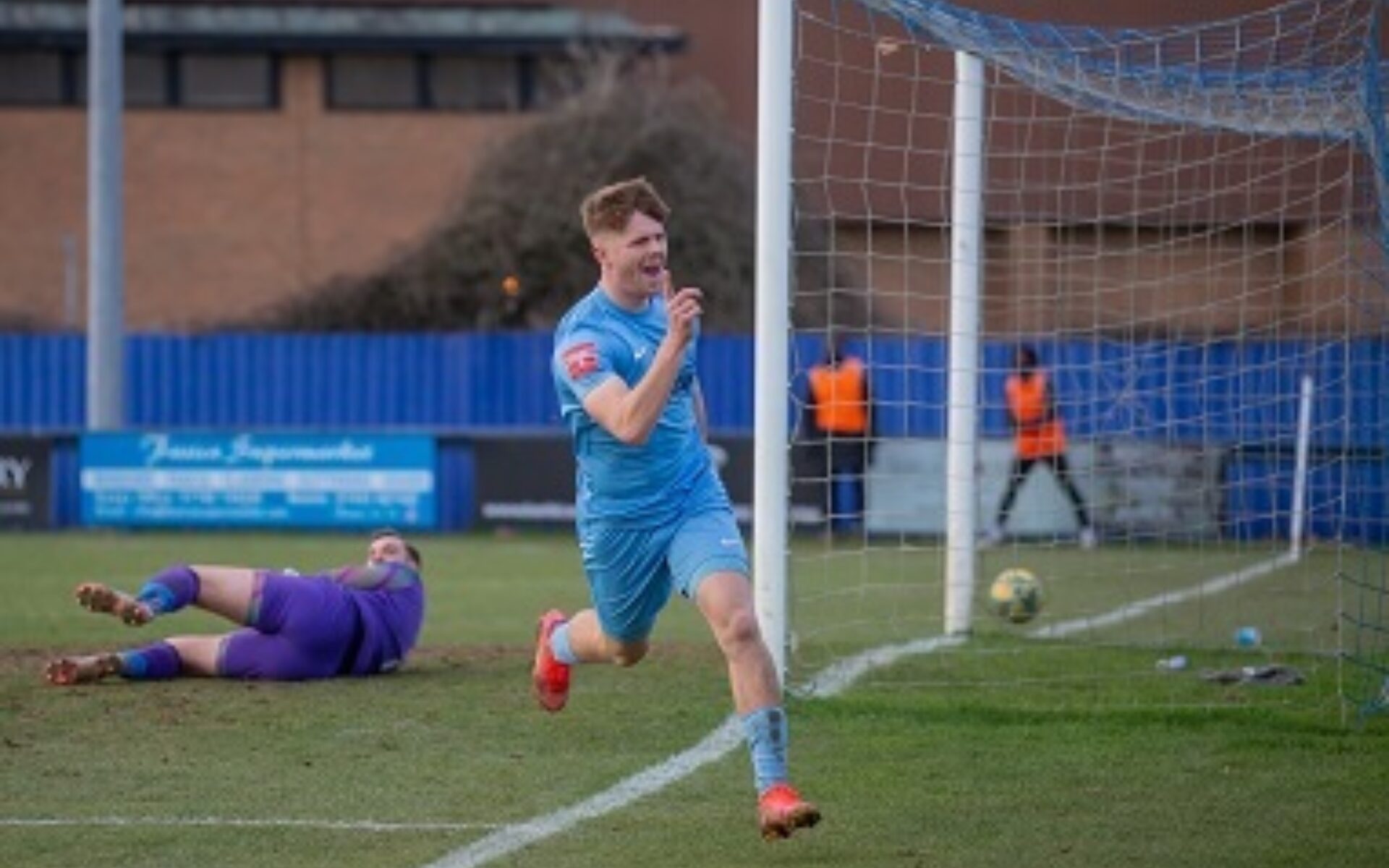 The Blues sought revenge after Tuesday night’s cup exit against the same opponents. Goals from Rob Harvey and Ashley Nzala in the latter part of the second half were enough to seal the 3 points for Brentwood, as they look to further stake a claim at the play-off spots.

It was a relatively even first half with both sides having their fair share of the ball and opportunities at goal. Brentwood were the first to test the keeper on the 13-minute mark after Freddie Gard had an effort from outside of the box, but Matthew Cafer was able to save easily.

10 minutes later and it was the visitors turn to attack with Callum Harrison picking the ball up near the halfway line. He surged towards goal after space in front of him opened up and unleashed a great effort on target which was worthy of a goal. Brentwood debutant Manny Idem was there to deny him as he dived down low to the left of his goal, making an instant impression with the Blues fans.

Nzala was lively once again and caused Coggeshall plenty of problems. On 25 minutes he broke down the left hand side and into the box. His first attempt was blocked by the defender but the ball fell back into his path, with his second attempt saved well by the visitors’ keeper.

Just after the half-hour mark Dylan Logan left two Brentwood defenders for dead with a great turn and some excellent footwork. He charged down the right hand side towards goal, but his shot from outside of the box rolled just wide of the goal.

Both sides had attempts on goal once more as the half drew to a close, but to no avail. First Manny Idem was forced to rush off of his line to block Alex Teniola’s effort, before Tom Richardson was denied from close range by Coggeshall’s captain between the sticks.

Brentwood were the brighter side in the second half and limited the visitors to very little in front of goal. After 69 minutes the Blues were finally rewarded after some great refereeing to allow an advantage to be played. Andy Freeman floated a superb cross over from the left hand side and it fell perfectly onto Rob Harvey’s head – the ever-reliable midfielder gave the keeper no chance with an excellently placed header.

Brentwood piled the pressure on after taking the lead and Freddie Gard shot just wide of goal soon after. Tom Richardson held the ball up well in the build-up and he rolled a brilliant ball into Gard’s pathway. The Blues were looking confident and playing some good football.

Ashley Nzala sealed the deal on 81 minutes, continuing his impressive run of form. The winger took aim at goal from distance with a looping shot – it was ultimately helped on it’s way via a deflection from a Coggeshall defender, meaning Cafer could do little more than watch the ball hit the back of the net, but it was a great effort nonetheless and Brentwood were two goals to the good.

The visitors failed to find a way back into the game and their only real attempt of the second half came just before the 90-minute mark. Substitute Kudos Oyenuga span and shot at goal on the edge of the box, but he was off balance and his shot did little to trouble a confident Manny Idem in the Blues goal.

The boys stuck at it and got their just rewards in the end, the play off push continues!