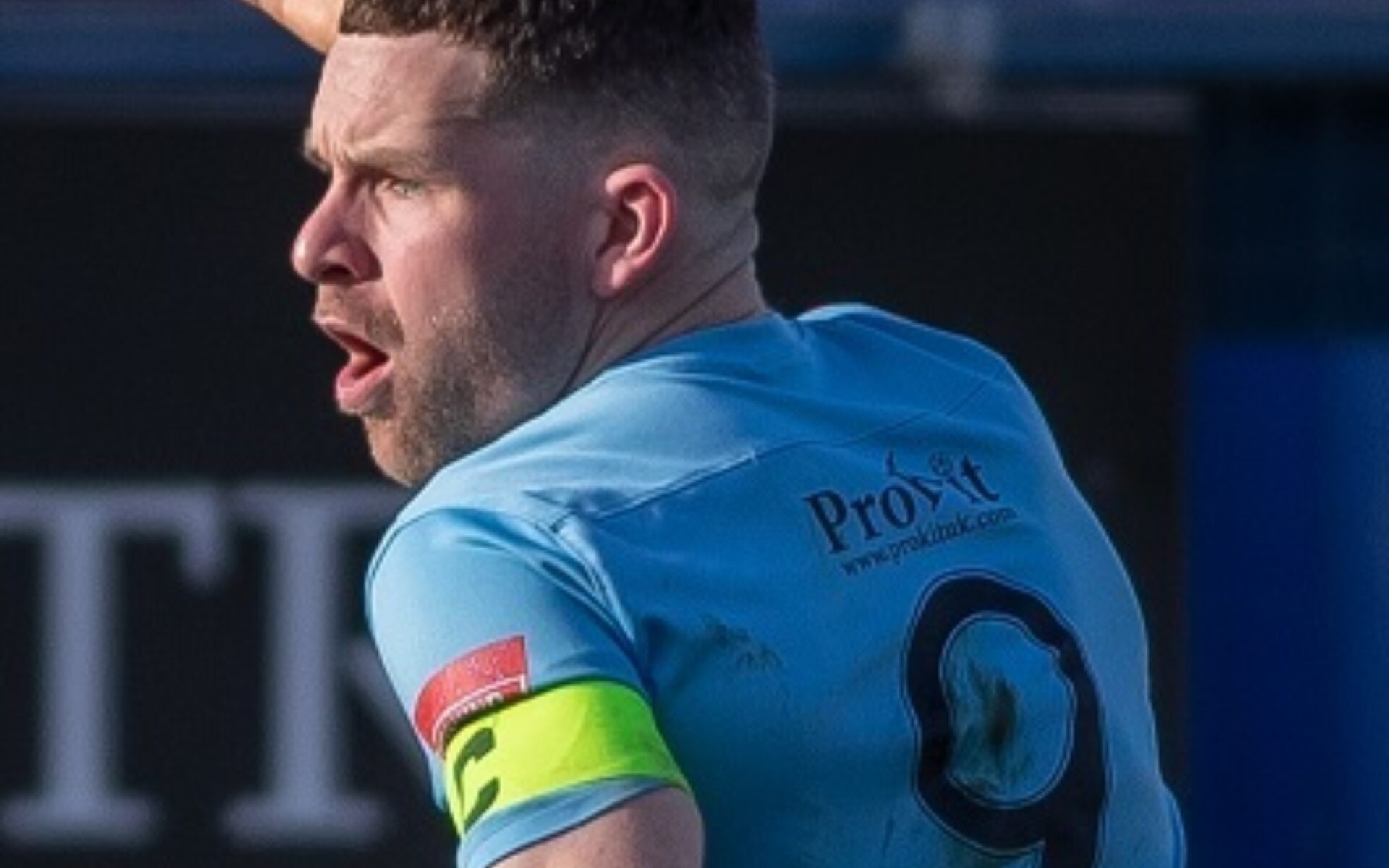 Two early goals by Blues skipper and top goal scorer, Tom Richardson, set them up for a crucial three points, a result that put Brentwood up to fourth place in the league.

Richardson struck in just the second minute when a long ball completely deceived Bury keeper Sam Blair, bouncing over his head, and Richardson gleefully converted into an empty goal.

Richardson then got in behind the visiting defence again in the 20th minute to make it 2-0. Any chance of it becoming a comfortable win for Blues were dispelled in the 27th minute when Cemal Ramadan scored from the penalty spot.

From then on, the match was played at a frantic pace with Bury’s pacey front players keeping the home defence busy. They defended well through the second half with Brentwood goalkeeper only required to make one fine save five minutes from the end of the second half.

Richardson’s evening was done after an hour when he had to limp off but Brentwood held on for a win that moved them into fourth place in the Isthmian North table.