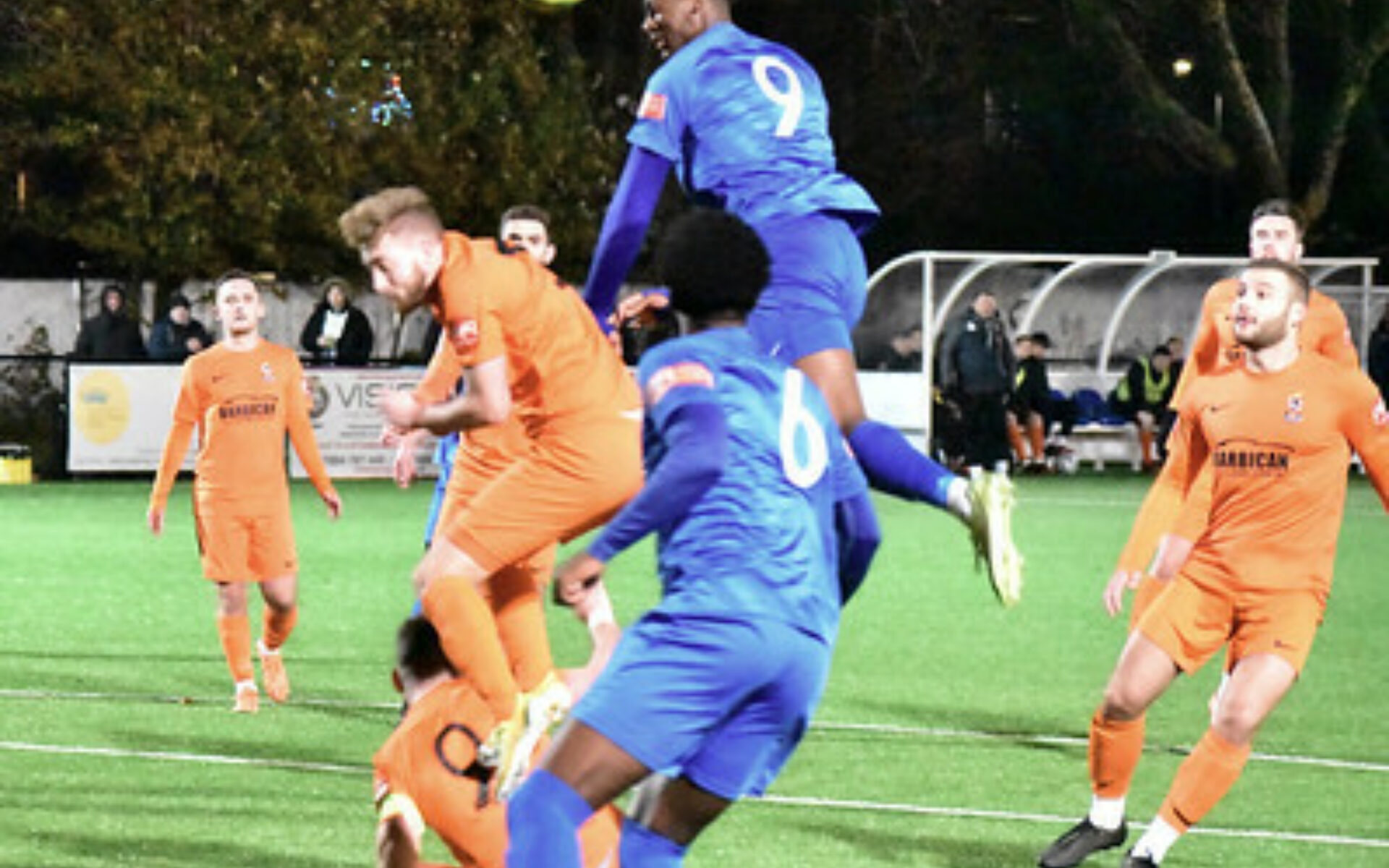 Brentwood’s run of six consecutive league wins ended as Barking staged a remarkable late comeback to snatch a point after Brentwood had led 3-0 after 30 minutes of the first half.

Tom Richardson put the visitors ahead from the penalty spot in the 3rd minute after he had been fouled in the box. It was 2-0 in the eleventh minute when home keeper Eddie Allan spilled George Craddock’s cross leaving Ashley Nzala a simple task to score his first goal for Brentwood.

Barking missed a good chance in the 18th minute when Ayomikun Odukoya shot over the bar from Kenedi Dariri’s cross before Richardson scored his second of the night on the half hour, his 16th goal of the season. Craddock’s corner was partially cleared but Jack Humphrey played the ball back into the penalty area where Richardson, with his back to goal, hooked the ball over his shoulder into the bottom corner of the net.

The lead did not look under threat for much of the second half and the points looked secure for Brentwood, especially when they were awarded another penalty in the 70th minute, but this time Richardson’s kick was saved by Allan.

That proved a turning point and Barking began to dominate. Charlie Heatley scored in the 75th minute and he then made it 2-3 from the penalty spot seven minutes later. Barking piled on the pressure and in stoppage time centre back James Folkes scored from close range following a corner kick.