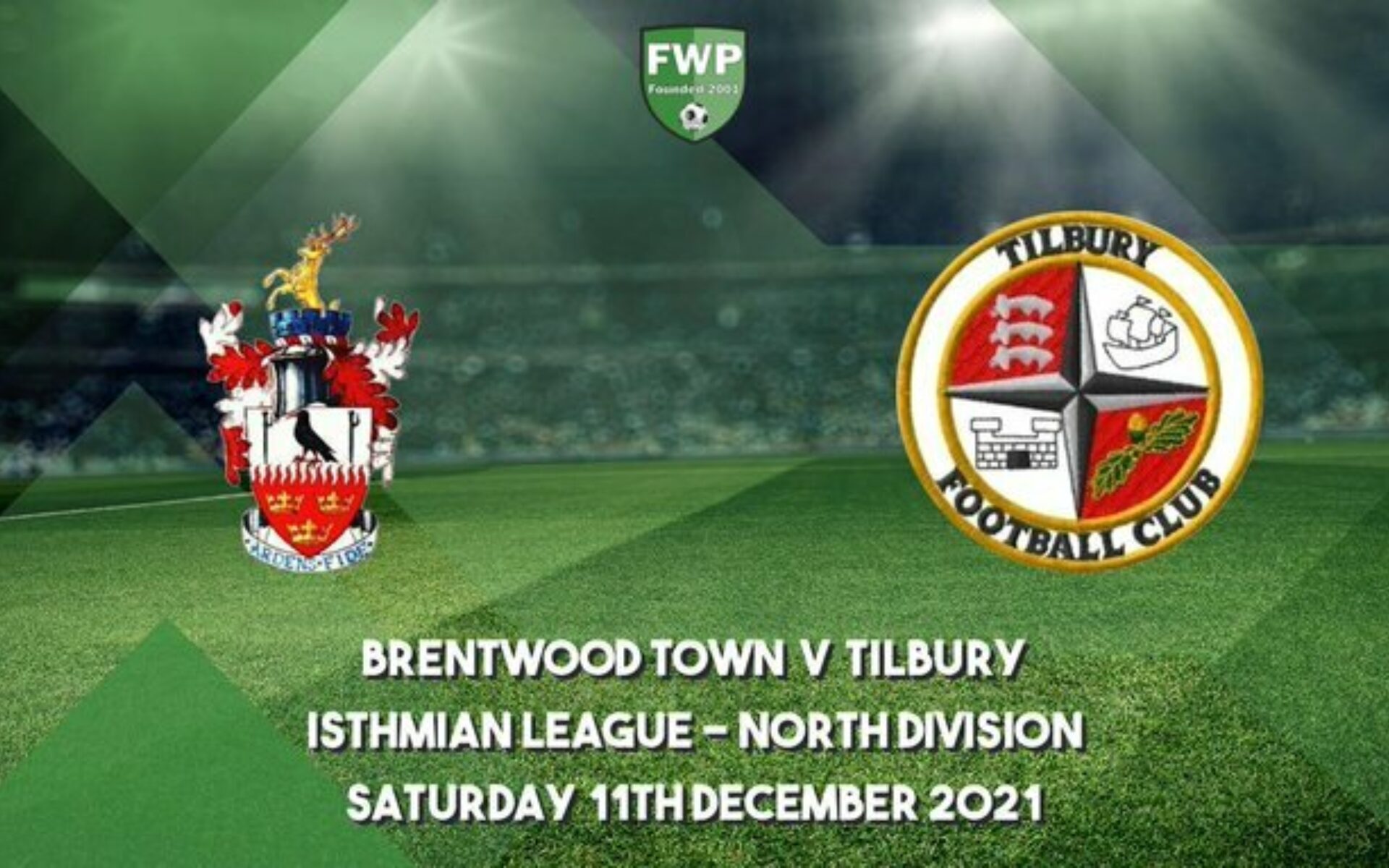 It was disappointingly a case of midweek hangover for the Blues on Saturday afternoon. Tilbury took advantage of a fairly under-par Brentwood on the day, with 2 second half goals within 10 minutes of each other enough to seal the 3 points for the visitors.

The game started reasonably slowly and it wasn’t until the 18th minute that we saw our first real piece of action. Charlie Kendall saw his header saved by Ollie Bowles in the Brentwood goal, failing to really test the keeper. Tilbury began to assert their dominance as the half progressed and Sam Coombes headed wide of the goal 5 minutes later on. A superb diagonal from Lewis Smith in the build up was arguably the pass of the game.

Brentwood’s chances were few and far between in the first half. The only noteworthy chances coming when Rob Harvey blazed over with a speculative effort from about 30 yards out, after the ball fell to him from a corner. George Craddock had a chance in the 42nd minute but failed to convert and saw his effort go wide.

Just a minute later the chance of the half fell to the visitors. Tilbury’s number 9 Roman Campbell found himself free in the box, but yet again failed to put the ball in the back of the net. Tilbury would’ve been disappointed not to see themselves a goal or 2 ahead at half time, and you began to wonder whether they would live to rue their missed opportunities in the second half.

The game opened up a bit more in the second half and Tilbury did finally convert with 60 minutes on the clock, with Eljay Worrell seeing his sweetly hit volley nestle into the top right corner. The Blues nearly got a reaction a few minutes later. The newly subbed on Ashley Nzala brought some much-needed energy and he nearly saw himself with a golden opportunity in the 69th minute, but Harry Girling was quick off his line to parry his effort away.

The away sides second came just a minute later and looked to put the game to bed. Some great play from Temitola Olukolu down the left flank saw him beat 2 Town defenders. His attempt on goal finding its way into the back of the net via James Love. Olukolu was a real bright spark for Tilbury in the second half, with plenty of pace and trickery on show.

Brentwood’s first shot on target came on the 81st minute. Ashley Nzala wrestled off his man but saw his shot saved easily by the Tilbury keeper. The ref pulled the play back for a foul in the build up, but Brentwood wasted the subsequent free kick, blazing it well over.

There was a late flurry of pressure from the home side and sub Ogunleye saw his effort saved well down low by Girling. Captain Richardson managed to get himself on the scoresheet again in the 90th minute, with a half volley inside the box after Tilbury failed to clear the ball properly. Unfortunately, it was too little too late and was only a consolation goal in the end, with Rod Stringers impressive league form finally coming to an end.