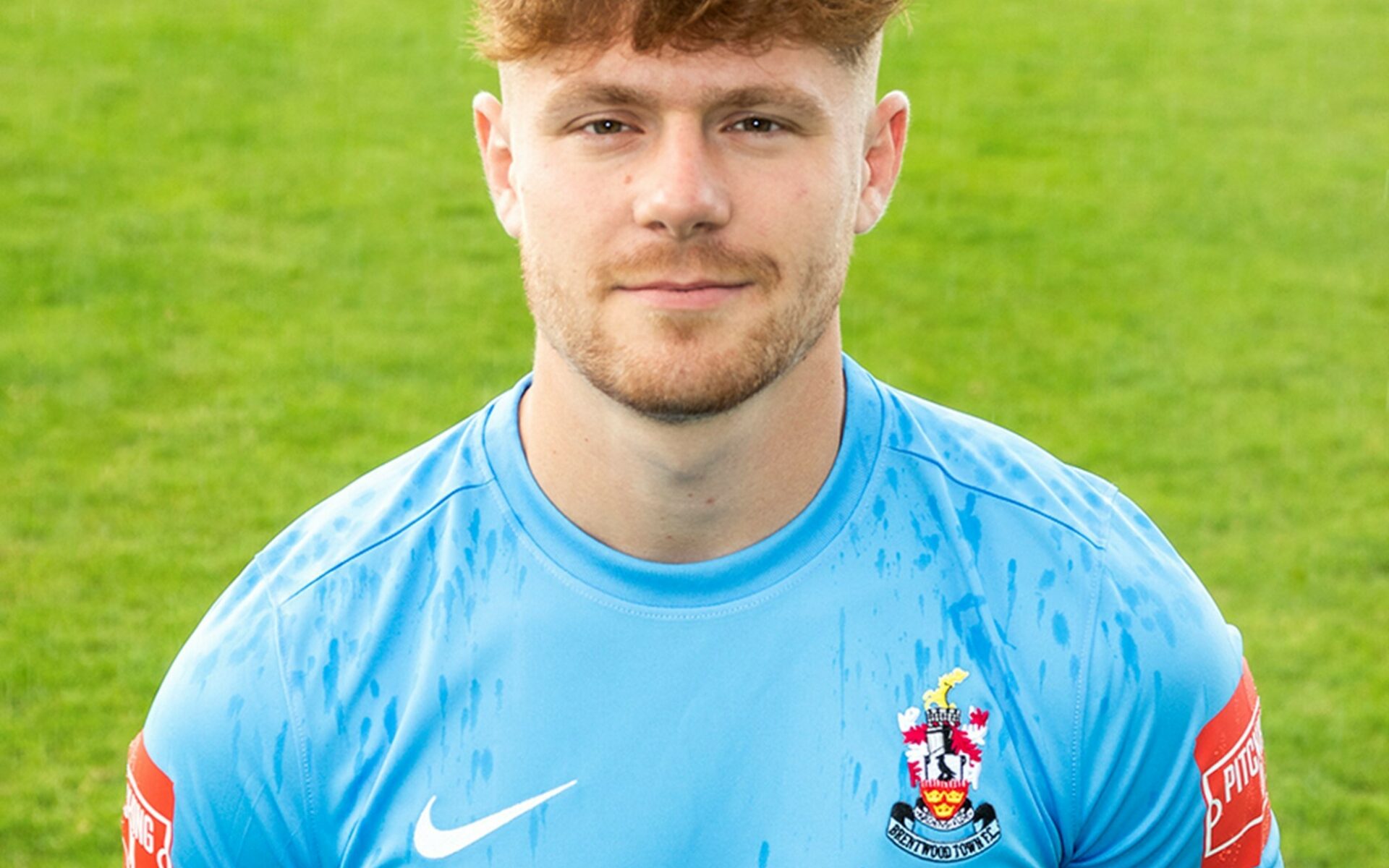 Two first half goals from Rob Harvey and Josh Gray saw Brentwood Town through to the next round of the FA Trophy.

Under the caretaker managership of Larry Bayford, Blues dominated much of the first half. Harvey (pictured above) shot the visitors ahead in only the third minute with a fine low strike into the corner of the goal from the edge of the penalty area.

Brentwood forced a number of corners, delivered by the left foot of George Craddock, and these caused the home defence problems with Daniel Ogunleye heading just past the post in the twelfth minute.

Josh Gray made it 2-0 just before half time converting from close range after some more Brentwood pressure.

Corinthian improved in the second half and Andres Tobon reduced the arrears in the 57th minute, just four minutes after coming on as a substitute.

Blues had chances to increase their lead, none more so than in the 90th minute when Harvey broke clear of the home defence but could not beat goalkeeper Aiden Prall.

Blues were hanging on to their lead in the eight minutes of stoppage time and were relieved when a Corinthian goal was disallowed for a push.

The draw for the round is on Monday.