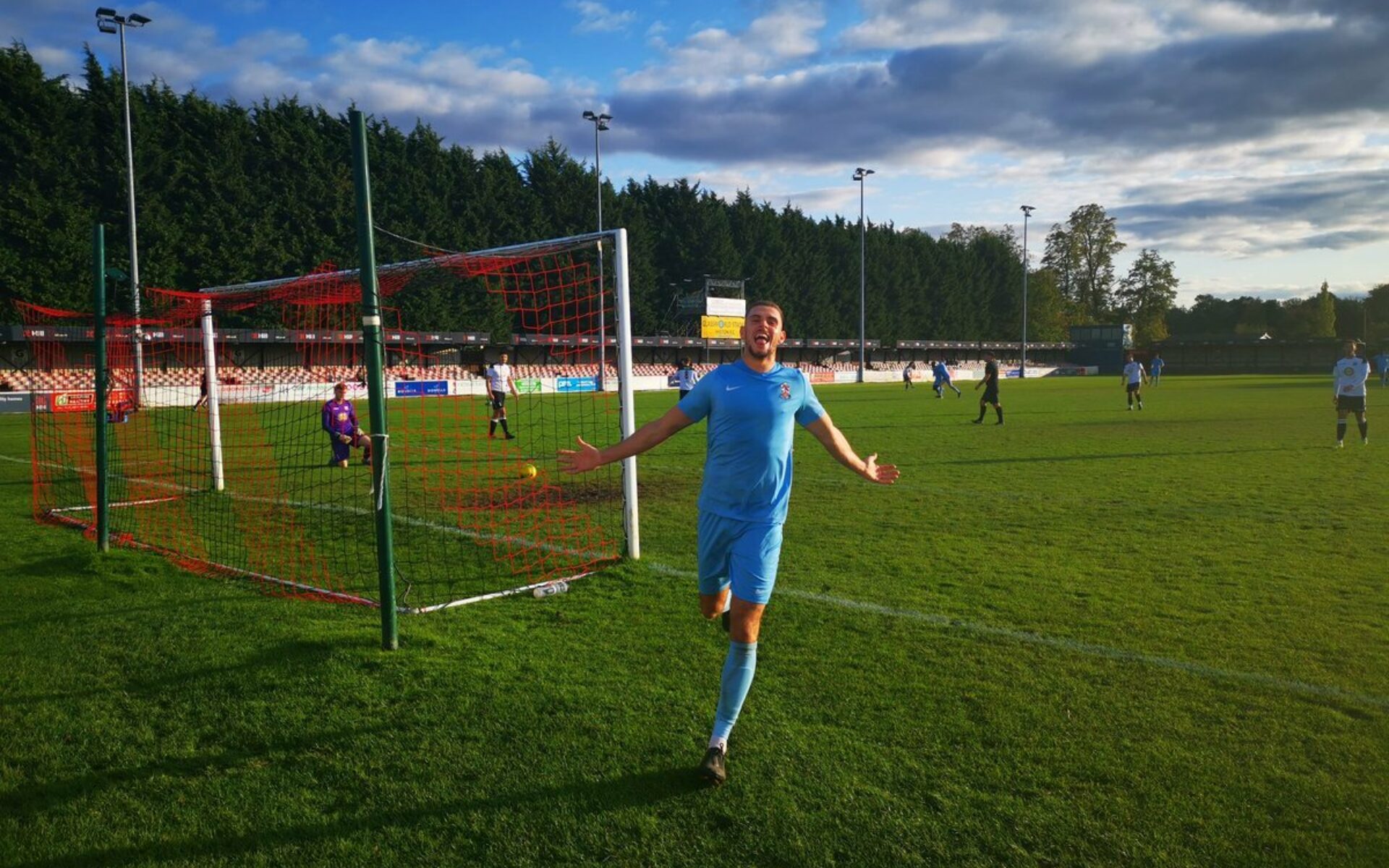 Brentwood recorded their second successive league win with an impressive performance against Cambridge City at Histon FC on Saturday.

The Blues included new signing Anthony Furlonge at right back and took an eighth minute lead with a sublime finish from Andy Freeman, but keeper Tim Brown had to make a save from former Brentwood forward Sam Bantick three minutes later. However, Bantick did equalise in the 23rd minute with a well-placed shot after he got in behind the visiting defence.

Brentwood were back in front just four minutes later. Jack Edwards put Jason Williams away on the right wing and his cross reached Freeman who set up Connor Hogan for a close-range finish with City keeper Lewis Landers stranded.

Early in the second half Landers made good saves to prevent Hogan and Williams increasing the lead. Despite having the better of the play, Brentwood needed a third goal and Brown had to save well again midway through the half when another ex-Brentwood player Nathan Fox came forward to create a chance for Bantick.

Williams finally got Brentwood’s third goal in the 71st minute, bursting into the penalty area and producing an emphatic finish into the top corner giving Landers no chance of saving.

Ryan Sharman headed a late goal for Cambridge in the 94th minute but it was too late and the win lifts Brentwood up to 17th in the North Division table.