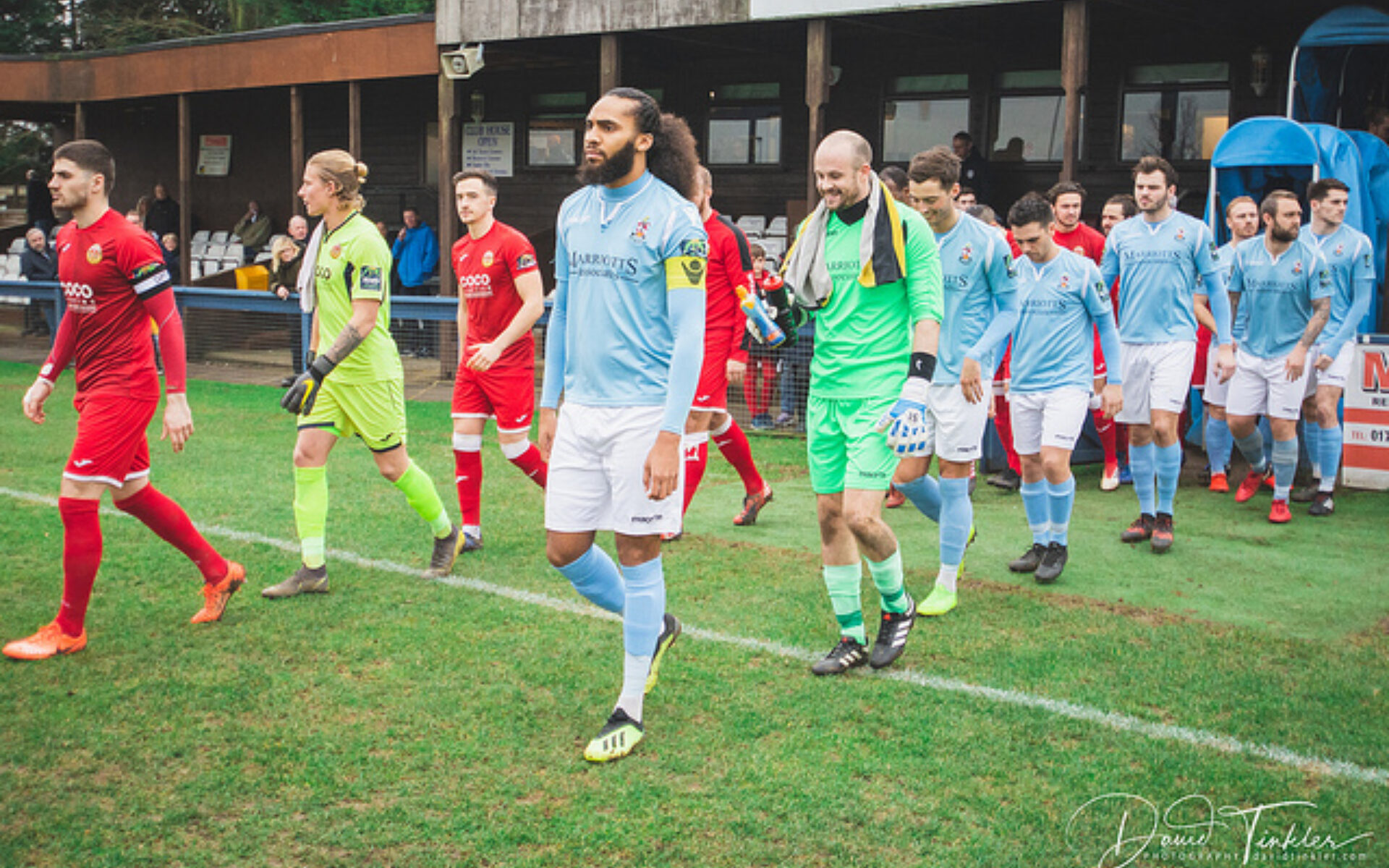 Two late goals saw Swifts maintain their comfortable position in the play-off places and denied Blues a point at the Brentwood Arena on Saturday.

Former Brentwood striker Matt Price was denied by home keeper Budd in the fifth minute and Swifts Chris Haigh saved a fierce volley from Quba Gordon at the other end two minutes later.

Price found the net in the 19th minute with a spectacular volley into the top corner and another Budd save stopped him adding to his tally before Kreshnic Krasniqi missed any easy chance to make it 2-0 in the 38th minute.

Ryan Mallett drilled home an equaliser for Blues three minutes before half time, his shot from the right of the penalty area finding the far bottom corner of the Heybridge goal.

Budd was busy early in the second half making a double save and Haigh tipped a long-range free kick from Brentwood’s Mitchel Hunter over the bar in the 63rd minute.

It looked as if Blues would hold on for a point until Swifts substitute Harrison Chatting crossed for Krasniqi to score in the 83rd minute. Chatting then netted the third goal himself in the 87th minute.