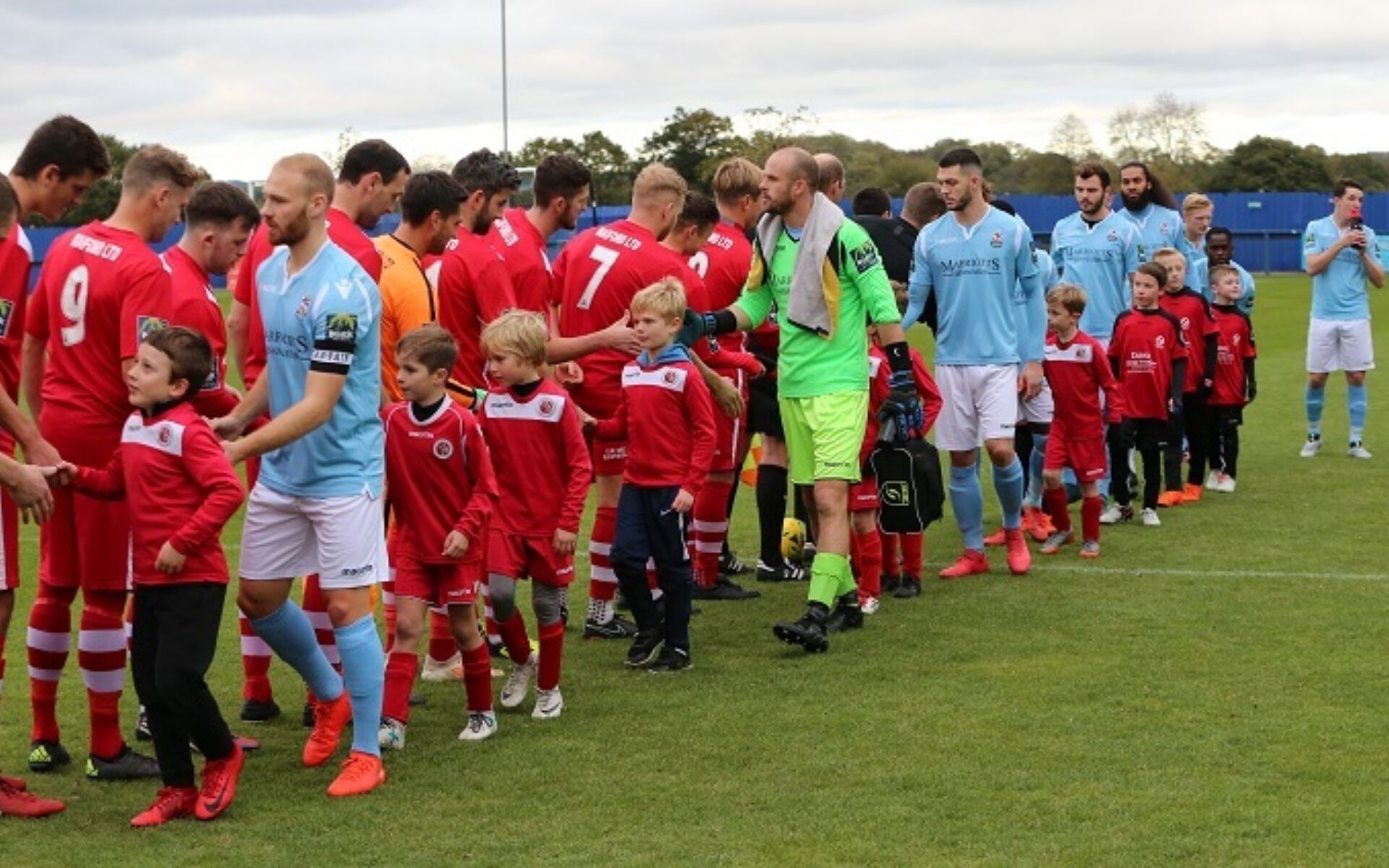 A remarkable late turnaround saw Brentwood score three times in the space of six minutes in the second half to earn a place in the next round of the FA Trophy.

The kick-off was delayed 45 minutes after the match officials had been stuck in traffic on the M11 and It was the Kent side who settled first and went ahead in the twelfth minute. Ricky Freeman was fouled by Blues Keeper Rob Budd and Freeman scored from the penalty spot.

Brentwood almost equalised immediately through Kojo Apenteng but Dan Eason saved well in the Whitstable goal. In an open first half, Budd saved from Tom Bryant and Charlie Smith had three efforts off target for the visitors. On the stroke of half time, Eason made a tremendous save from Ayrton Coley to keep his team in front at the interval. .

Coley missed a great chance to level the tie in the second half and the Whitstable lead was maintained until the 82nd minute when Kojo Apenteng found the bottom corner from the edge of the area and within a minute substitute Charlee Hughes put the Blues in front for the first time with a deflected effort. Then Mitchel Hunter hit a sublime free kick into the top corner in the 87th minute to seal the comeback.